Updated On January 26, 2023 | Published By: shahid | In Affair , Dating , Relationship
Share this 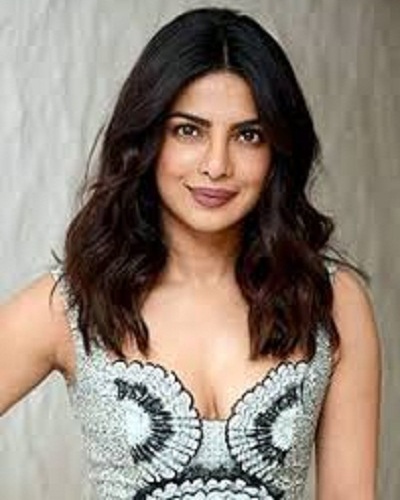 There are rumors that Bollywood and now Hollywood beauty Priyanka Chopra, 35, and American singer-songwriter Nick Jonas, 25 are dating. A reliable source told US Weekly:

“They are dating and it’s brand-new. It’s a good match and they are both interested in each other.”

It is reported that Baywatch star Priyanka Chopra and Nick Jonas were together during the Memorial Day weekend. They had also together watched the Beauty and the Beast Live Concert which was held at the Hollywood Bowl on 25 May 2018. They were also both spotted together at the Los Angeles Dodgers Games the next day.

“They walked in together just before the performance was starting, they looked great together, but no hand-holding or obvious PDA,”

“The two were seen heading to the concessions stand during intermission before returning to their seats to finish taking in the show,They snuck out right as the show was ending.”

“Priyanka and Nick were talking really closely and were very smiley and very happy,”

“They weren’t trying to be private as they were in a pretty public place, but they were talking to people around them, sitting closely and they both just seemed super happy.”

The representatives of Priyanka Chopra and Nick Jonas were contacted by US Weekly but neither has come back on this matter.

Also read Priyanka Chopra becomes a tech investor and has put money into Holberton School and the dating app Bumble!

This was not an isolated appearance of the two together. They were also spotted last year in May 2017 at the Met Gala. Both were in their Ralph Lauren outfits for it. At that time too, rumors were afloat that the two might be in a relationship. But both of them denied that they are dating.

On the Jimmy Kimmel Show, the host posed the question to Priyanka about anything between the two stars. Priyanka had blushed and denied it. She said:

“Yeah, we were on the same table and we already know each other. So he was like ‘Hey, you wanna go together?’ And I was like, ‘Yeah, OK, let’s go together.’ It ended up working out.”

The reaction of their fans on social media

The fans and viewers of both the stars had varied reactions to the news as it spread like wildfire. SambiT said:

“I am confused who is more lucky Nick Jonas or Priyanka Chopra ?”

There were other responses as well.

Priyanka had told in a Filmfare interview:

“When there is a ring on my finger, which is actually given to me, then I’ll tell the world. Till then no one can claim me,”

Nick Jonas was dating Olivia Culpo but they split in 2015. After this, Nick Jonas has been linked with numerous other stars such as Kate Hudson, actress Angela Sarafyan, and Victoria’s Secret model Georgia Fowler. Similarly, other ladies on his love list include Miley Cyrus, Selena Gomez, Nicole Anderson, Samantha Barks, and more.

One of the highly paid and Padma Shri honored Priyanka Chopra is an Indian actress, singer, model, film producer, and philanthropist. She is best known as the winner of the Miss World 2000 pageant. She is commonly also known for her role as Alex Parrish in the ABC thriller series Quantico. More Bio…

Nick Jonas is an American singer, songwriter, producer, and actor. He released his eponymous debut album in 2004 and rose to fame as a member of the boy band the Jonas Brothers. His album ‘Nick Jonas’ entered the top ten of the Billboard 200. He has more than 30 credits as an actor for appearances in various movies and television series. See more…

The Incredible! Brigitte Nielsen reveals that she is pregnant with her fifth child at the age of 54 years!
Tags : Actress Baywatch Bollywood star