Promise Tamang Phan is a Nepalese-American YouTuber. She is married to Steve Phan. 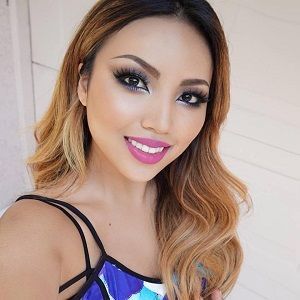 What is the relationship of Promise Tamang Phan?

She tied the knot with her boyfriend Steve Phan in July 2008 after dating him for a couple of years.

Since their marriage, the couple has maintained a sound relation between them. Furthermore, Promise also posts many photos of her along with her husband on her Instagram account.

Apart from Steve, she has never been involved in any extramarital affairs. There is not any information regarding her children. Currently, Promise and Steve are enjoying their married life and living elegantly.

Who is Promise Tamang Phan?

Promise Tamang Phan is a Nepalese-American YouTuber. She is a popular beauty guru who does transformative makeup and beauty vlogs.

Furthermore, she has two YouTube channels named Promise Phan and dope2111 on which she has amassed over 1.1 million and 5 million subscribers respectively. Besides this, she is also a social media star with more than 1 million followers on Instagram and Facebook.

The promise was born on July 29, 1989, in Nepal. Talking about her nationality, she is Nepalese-American and her ethnicity is unknown.

She has three sisters, Pratichya, Angelina, and Rose Tamang. Moreover, she is the sister-in-law of fellow beauty guru Michelle Phan.

From the beginning of her childhood, she had a keen interest in fashion and also used to watch makeup tutorials. Concerning her education, there is not any information regarding her educational background.

The promise began her career as a YouTuber on January 12, 2010, when she posted her first video which was a transformation video featuring Avatar makeup.

Moreover, she has earned millions of views on her several YouTube videos. Currently, she runs two YouTube channels Promise Phan and dope2111 on which she has amassed over 1.1 million and 5 million subscribers respectively.

One of her videos ‘INSIDE OUT’ Makeup Tutorial amassed over 200 million views. Some of her other most-viewed videos include Disney’s Frozen Elsa Makeup Tutorial and Emily’s Halloween Tutorial.

In addition, she is also a social media star with more than 1 million followers on Instagram and Facebook. Additionally, she has also collaborated with Charisma Star.

Being a famous YouTuber, she pockets a massive amount of money from her profession. However, her salary and net worth are unknown.

As of now, she has not won any awards in her career. Although Promise has been doing her best, and shortly, she will grab some awards.

So far, there are not any drastic rumors regarding her personal and professional life. Furthermore, Promise has never faced any controversy in her career to date. As she has full focus on her work, she has not been stuck in any controversial stuff.

Moving towards her body measurements, she has a pair of brown eyes and she has brown hair. However, she usually dyed her hair blonde, light brown as well as various colors. Apart from that, there is not any information regarding her height, weight, and other body measurements.

Additionally, she also runs two YouTube channels Promise Phan and dope2111 on which she has amassed over 1.1 million and 5 million subscribers respectively.