Park Jae-sang, better known as PSY, is a popular South Korean singer, songwriter, producer and rapper. He is married and a father of two.

PSY is currently married to his wife Yoo Hye-yeon. The two met at Yonsei University and Yoo also shared a passion for music as a cello major. They dated for almost 4 years before finally getting married on the 14th of October, 2006. The two have been blessed with twin daughters. And as PSY prefers to keep information regarding his personal life private he hasn’t shared any more information about his wife or kids. 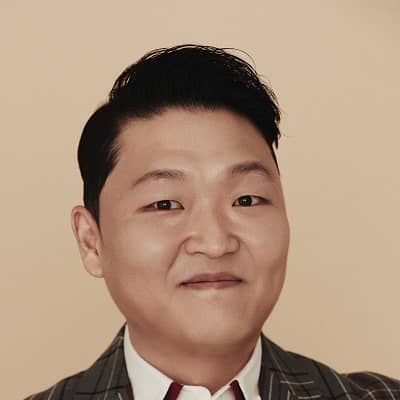 Park Jae-sang was born on the 31st of December, 1977 in Gangnam District, Seoul, South Korea. As of now, his age is 43. His nationality is South Korean and his ethnicity is Asian.

Park was born to his parents ParkWon-Ho and Kim Young-hee. His family was quite wealthy and Park enjoyed a comfortable childhood. This is because his father is the executive chairman of DI Corporation; a company that manufactures and supplies semiconductors; and his mother owns a number of restaurants in Seoul. PSY grew up as a single child in Seoul. Growing up, he happened to listen to Bohemian Rhapsody by Queen and it sparked his passion for music.

Talking about his education, Park attended Banpo Elementary school and later went to Sehwa High School. He didn’t really like school and would rather fool around as the class clown during school. He also briefly attended Berklee College of Music but dropped out to pursue a career as a singer.

PSY debuted in the music industry in 2001 with his album PSY from the Psycho World!. The album was controversial and PSY was fined by South Korean authorities for the album’s inappropriate content. Still, Park didn’t compromise his style and released his second album Sa 2 which was also controversial at the time of its release. Slowly, he began building his image and got on the good side of the public with his 3rd album 3 PSY. The album’s title song Champion was also released just in time for the World Cup games held in Seoul which helped PSY gain international fame. Then, after a number of years in military service, PSY bounced back in the music industry with his fifth album and a number of live performances.

In 2012, PSY got the biggest break with his song Gangnam Style from his sixth album PSY 6, Part 1. Gangnam style turned heads worldwide and went viral on Youtube. The song went so viral that it was the first video on Youtube to reach a billion views. The song was also very popular on iTunes and other streaming platforms as well. Many celebrities and shows took notice of this and PSY became well known worldwide. Sometime after Gangnam Style, PSY released Gentleman and Hangover and fans loved both these songs. People also love him for his incredible showmanship and performances along with his catchy songs. Thanks to all this, he has created a lasting legacy as the first K-pop artist to make a breakthrough in Western music. He has also had a huge impact on South Korean music and is still singing and performing at the highest level.

Along with a ton of fame, PSY has also won multiple prestigious awards and has been nominated for several more. The list of his notable wins include one win in the AMA’s (American Music Awards), 4 wins in VEVO Certified Awards and in Golden Disc and even a win in MYV Europe Music Awards.

PSY: Net Worth and Salary

As of 2022, Park has has accumulated an estimated 60 million U.S. dollars as his net worth. He has not revealed any information regarding his annual salary as of now. And unfortunately, this figure is quite hard to estimate due to his numerous sources of income.

PSY stands at a height of 5 feet 7 inches and weighs roughly 82 kilograms. He has a somewhat chubby physique along with black hair and dark brown eyes.

Get to know more about the lives of Lee Shin Young and Lee Seung Gi as well.