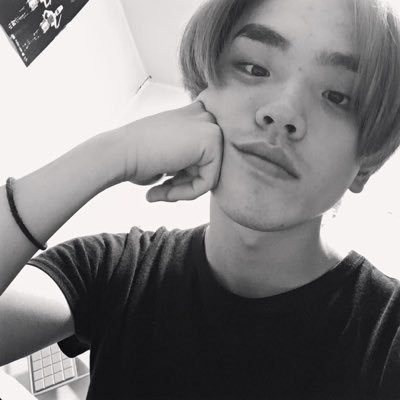 PUNCHNELLO is currently assumed to be single. There are no past or present relationship rumors, gossip, or any kind of linkup of him yet.

He wants to keep his personal life private and uptight. However, he has been linked up with a mysterious girl lately and also featured with both his Twitter and Instagram accounts, and has written ‘Us’ in the captions.

Hope he will open up and we have something to buzz about.

PUNCHNELLO is a south Korean Rapper and Singer under AOMG.

He is popular for his songs such as Lime, Worth It, and Detox. He is the winner of the rap competition show, Show Me the Money 8.

He was raised by his well-educated parents who wanted him to follow their path. However, they also supported his wish to become a rapper. PUNCHNELLO is the only child from his family.

Likewise, he became interested in rapping while attending seventh grade after watching rap on television and seeing his friends rap at school. During his school days, he was also interested in playing soccer and played soccer for his school team.

He holds South Korean Nationality and his birth sign is Gemini. Regarding his education, he ended his education after high school to pursue his career as a rapper.

He started his rapping career in 2016 after releasing his debut single “Corona” featuring the rapper Crush, and his second single “Worth It.” He also collaborated on Eddy Kim’s non-album single “2night” in the same year.

On 30 June 2017, Punchnello competed in the show “Show Me the Money 6”, but withdrew from the competition. After that, he collaborated with the likes of Sleepy, Hash Swan, Olltii, Penomeco, Black Nine, Dok2, and Ignito on their song “S.M.T.M (Show Me the Money)” which took position #82 on the Gaon Music Chart.

On 28 January 2019, he released his first extended play entitled “Ordinary” under the AOMG record label. After that, he released his single “23” with Sam Kim, and “Magma” with Hangzoo and Behwy. In 2019, he released the single “Jungle”, featuring Penomeco and Sam Kim that became the original soundtrack for the television series “Show Me the Money 8”.

He has collaborated with rappers, including Crush, OFFONOFF, and Chek Parren, and the four together with Dean, Millic, and Jusen created the CLUBESKIMO.

He has an impressive net worth of over $100K. He earns his income from singing songs but his salary is not publicly reported. Likewise, he won the reality competition show “Show Me the Money 8” in 2019 for which he was awarded a brand new Chevrolet Blazer and ₩200,000,000 (around $170K).

There are no rumors and controversies about him as he is fully focused on pursuing his career as the greatest rapper.

Talking about his appearance, his height is 5ft 7 inches and he weighs around 58kgs. Likewise, he has brown color eyes and brown hair which he keeps dying blonde.