Posted by MarriedBiography Posted on October 12, 2020 | In controversy , Interesting Facts
Share this

Facebook has banned the extreme right-wing conspiracy group QAnon from its platform. They removed all forms of content related to this group from Facebook.  This is an example of Facebook’s escalated attempts to cut down on misinformation spread. It calls such posts as militarized social movements. Scroll on to get the latest updates on this ban.

The far-right wing conspiracy group called QAnon has faced a ban on Facebook. Hence, the social media platform removed all its contents from its site. In August 2020, Facebook carried out a moderate sweep and thus removed 1000 QAnon groups at that time.

The ban is mainly on organized behavior on the platform. It does not go against individual accounts that talk about QAnon in its pages.

The social media platform, Facebook feels that QAnon that claims that a secret group of pedophiles are against Donald Trump has become a militarized social movement. Facebook felt the need to stop the group from spreading a lot of misinformation on this topic. Hence, Facebook owners have put it under the category of extremist militia group but not quite like the terrorist violent group or an extreme hate group. Facebook said:

“We are starting to enforce this updated policy today and are removing content accordingly, but this work will take time and need to continue in the coming days and weeks,”

“We’ve been vigilant in enforcing our policy and studying its impact on the platform. But we’ve seen several issues that led to today’s update. For example, while we’ve removed QAnon content that celebrates and supports violence, we’ve seen other QAnon content tied to different forms of real-world harm, including recent claims that the west coast wildfires were started by certain groups. This diverted attention of local officials from fighting the fires and protecting the public.”

Is the action prompt and will it help?

People have accused Facebook of being too slow in its removal of QAnon contents from its pages. Hence, this allowed misinformation to get time to spread. Earlier, Facebook tried to combat the attempts of QAnon by providing people with credible information on the subject for its users. But probably that did not help and hence they had to resort to this complete ban. Besides this, Facebook has also banned ads that praise this group.

Currently, Facebook is allowing posts on individual Facebook pages related to QAnon to continue. There is no ban on them at the moment.
Fake news engagements on Facebook have more than doubled in 2020 compared to 2016 US Elections!
Tags : Facebook far-right conspiracy group QAnon 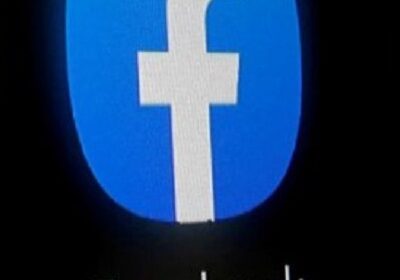