QTCinderella is straight and currently dating a fellow YouTuber and Twitch streamer, Ludwig Ahgren since 2020. He often appears on her youtube videos and Instagram posts. Moreover, she hasn’t spoken a bit about her love life. Currently, she is focused on her career. 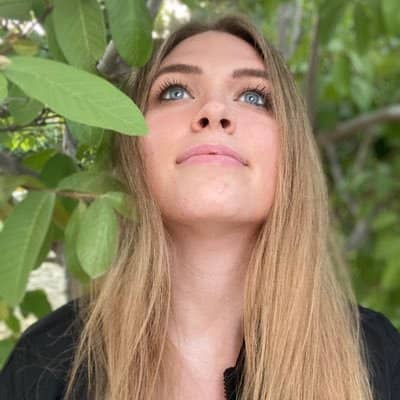 QTCinderella is an American gamer, Youtuber, twitch streamer, and social media star. She is an accomplished Youtuber with over 329k subscribers.

QTCinderella was born on June 6, 1994, in the United States. As of 2022, she celebrated her 28th birthday. Her real name is Blaire but her boyfriend Ludwig often calls her Judy.

Likewise, she hasn’t revealed the names of her parents and other families. However, her parents are very religious and follow the Mormonism religion. Sadly, her mom passed away due to a disease. She has an elder sister whose name is under review and a stepbrother. Moreover, she loved cooking and baking cakes since her childhood.

She holds an American nationality and her ethnicity is Caucasian. Her birth sign is Gemini.

Regarding her education, she attended a culinary school to earn a degree in order to become a chef. However, she stepped out of college to follow her passion for gaming and twitch streaming.

QTCinderella is mainly a Youtube content creator and social media star. She gained popularity for her twitch streams where she plays online chess, poker, and Minecraft. Moreover, she also hosts live stream sessions with her followers. She has over 746k subscribers on Twitch.

Likewise, she launched her youtube channel on March 6, 2019, and made her further career from it. She often uploads vlogs, comedy videos, and Streaming highlights on her youtube platform. In a short amount of time, she became a success to add more subscribers to her youtube channel day. Currently, she is already a youtube personality with over 329k loyal subscribers on her ‘QTCinderella’ channel.

On March 12, 2022, QTCinderella organized, produced, and hosted the first-ever Streamer Awards alongside fellow streamer, Maya Higa. She even broadcasted it live on her own Twitch channel with over 300k people watching.

Speaking on her income, she makes a decent sum of money through her successful youtube career and social media presence. She has an estimated net worth that ranges from $500k-$1M.

Her earnings are influenced by her youtube channel and twitch streams.

She is a beautiful girl with a sexy body figure and dashing looks. She has a well-maintained body with a decent height of 5 feet 6 inches and weighs approximately 55 kg. similarly, her eyes are of blue color, and her hair is blonde. However, her chest size, waist size, and Hip size are unavailable.

She is quite popular on social media platforms. She has around 746k followers on Twitch. Likewise, She also has an Instagram account with around 157k followers and Twitter with over 373k.