Qubilah Shabazz’s relationship status is possibly single. She has not revealed the data of her affair and boyfriend yet.

But she was once married to a guy in Dec 1996. This was a short wedding as this couple separated after a month.

Prior to this, Qubilah met a guy named L. A. Bouasba who was an Algerian Muslim. From this relationship, they welcomed their son Malcolm Shabazz in Oct 1984.

Malcolm was in Mexico City to protest for rights for Mexican construction workers who are living in the US. The incident took place on 09 May 2013 and it was then when he took his last breath.

As per the postmortem reports, he was beaten badly using a rod till he died and his body was found in Plaza Garibaldi.

The funeral was attended by around 200 people and he was buried in Ferncliff Cemetery in Hartsdale, NY, near his grandparents. 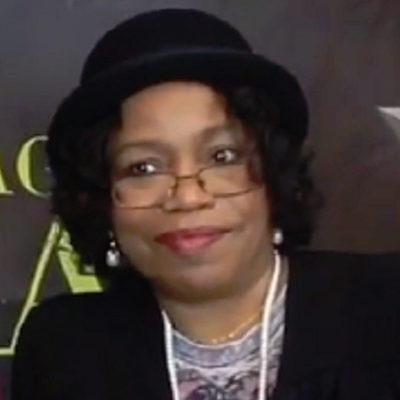 Qubilah Shabazz an American celebrity child. She is known for being the daughter of minister and human rights activist, Malcolm X.

Her birthdate is 25 Dec 1960 and she was born in Queens, New York, United States. The names of her father and her mother were Parents: Malcolm X and Betty Shabazz respectively.

As per her academics, she left the Princeton University after a year as she felt rejected. Then she attended The University of Paris plus also worked as a translator there.

Death of her Dad and Mom

Malcolm X repeatedly said that the Nation of Islam is going to kill him. At last, on 21 Fen 1965, he was shot 21 times at OAAU in Manhattan’s Audubon Ballroom.

There was a huge gathering of people when taking advantage of the disturbance, a man shot Malcolm in his chest. The firing was followed by other two men.

he was rushed to the hospital but unfortunately, at 3:30 pm, he was declared dead. The whole assassination was witnessed by his family.

Qubilah’s mom Betty passed away due to a fire burn in June 1997. Her grandson, Malcolm set fire to the apartment where they were living together.

For this hideous crime, he was sentenced to 18 months detention under the charge of arson and manslaughter.

Qubilah’s work life is not known. The only thing that is public about her was she worked as a translator in France.

Qubilah Shabazz was raged by her father’s murder. So she was after Louis Farrakhan who was a religious leader and was linked with the Nation of Islam.

Her mom plus she believed that he was responsible for Malcolm X’s death. Qubilah tried to kill Louis by contacting her high school friend named Michael Fitzpatrick.

But this attempt failed as Michael later started to work for the FBI as their informant. Then in 1995, Shabazz was arrested on the charge of killing Louis using telephones and other lines.

However, he defended her and said she is not guilty. Later they both were at a public event where they shook hands.

But her dad had assets of over $150 thousand.

Regarding Qubilah Shabazz’s body features, her height and her body weight are average.

Moreover, her eyes and hair are in black color.