Skip to content
Married Biography
Married Biography / Entertainment / The Queen, Along With Her Husband Philip, Meets Children At the School Where 18 Youngsters Were Killed In A World War I Bombing, Honors In the Memory of Those Deceased In the Event

The Queen, Along With Her Husband Philip, Meets Children At the School Where 18 Youngsters Were Killed In A World War I Bombing, Honors In the Memory of Those Deceased In the Event

Updated On November 9, 2021 | In Career , Lifestyle , Married , Relationship
Share this 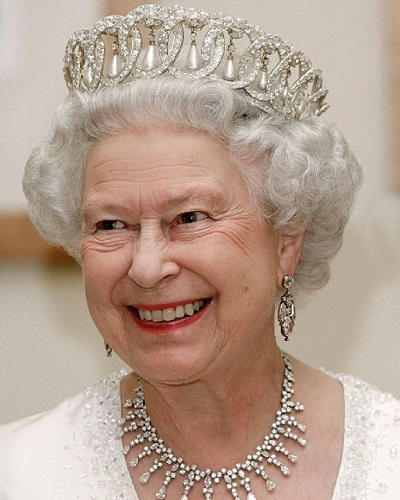 The Queen along with the Duke of Edinburgh honored the memory of 18 primary school children who were killed 100 years ago in a World War I bombing. In this session, we will learn about the incident that took place a century ago, as well as the tribute from the Queen and Duke to those killed.

The Queen at the site of the Incident in History

A German aircraft dropped off a daylight bomb on Upper North Street School in Poplar on June 13, 1917, killing the young students, most of whom were between the age of four and six.

All but two were in the infant class lying on the ground floor, where the bomb exploded after it scythed through the roof and upper two floors. A girl aged 10 and a boy aged 12 were the others killed.

At least 37 more pupils and teachers got injuries in the bombing. School caretaker Benjamin Batt found his own son, Alfred, aged five, dead in the rubble in the aftermath.

The bomb was supposedly for the docks nearby.

Honoring the Deceased By the Queen and Duke

On June 16, 2017, the Queen and Philip, Duke of Edinburgh, went to a memorial service at nearby All Saints Church, Poplar, where the funerals of 15 of the children killed in the incident took place.

At the church, the monarch and Philip joined the 250-strong congregation in remembering the victims of the week’s tragedy at Grenfell Tower across London in North Kensington.

The Reverend Jane Hodges, the team rector in the Poplar ministry, told the worshippers,

A children’s choir sang The Lord’s My Shepherd before one of them read out the names of all 18 slain pupils.

Interaction With the Family of the Victims

When there, the royal couple also went on to meet with the descendants of some of the victims and later revisited the rebuilt school. The school is now named as Mayflower Primary School.

The Queen and Philip met relatives of some of the victims, including Donald Challen, 90, from Braintree, Essex, whose cousin William Challen died at five. Donald Challen is a former fruit merchant and served in Italy with the 16/5 Lancers in the Second World War. He also had escaped from his own family home in Walthamstow, when a V1 “buzz bomb” hit it. To him, the service is a part of continuing efforts to bring reconciliation between Britons and Germans.

“I think it’s needed to bring us and Germany back to the status we had in the time of (Kaiser) Wilhelm I when the Germans were our best friends,”

Visit to the Rebuilt School

From the church, the Queen and Philip went to Mayflower Primary School. It is a 1928 construction just up the road from the original Upper North Street School.

There, they toured the reception class. They met teachers and pupils doing PE and math. Additionally, they looked at a display featuring children’s summer-term project on the First World War and the bomb attack.

In a Year 5 maths class, Philip heard how a team from the school had got into the final of a London-wide Count On Us maths competition entered by 120 schools.

“Was maths one of your favourite subjects at school, sir?”

he replied, shaking his head and chuckling.

Elizabeth II has been Queen of the United Kingdom, Canada, Australia, and New Zealand since 6 February 1952. She is Head of the Commonwealth and Queen of 12 nations that are free. These are Jamaica, Barbados, the Bahamas, Grenada, Papua New Guinea, Solomon Islands, Tuvalu, Saint Lucia, Saint Vincent and the Grenadines, Belize, Antigua and Barbuda, and Saint Kitts and Nevis. More Bio…