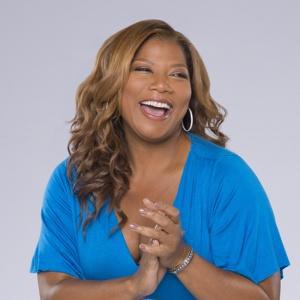 Queen Latifah is now 50 years old and still unmarried. Many speculate her sexual orientation and she rather gives it the fuel when she was seen dating girls which include her personal trainer Jeanette Jenkins and Eboni Nichols.

Later, she was assumed to break up with Nichols in 2015. However, she has not spoken about this affair and relationship yet.

As for now, we may assume that she is a single lady and ready to start a family according to her social media post.

Who is Queen Latifah?

Furthermore, Queen Latifah  has known for her critically acclaimed films like Chicago(2002) and Bessie (2015).

Queen Latifah was born on March 18, 1970, in Newark, New Jersey, the US. She is the daughter of Lancelot Owens Sr., a police officer and Rita (nee Bray), a teacher.

Her brother’s name was Lance Owens but he died in a motorbike accident. She holds an American nationality and of African-American ethnicity.

Talking about her education, she was enrolled at Essex Catholic Girls’ High School in Irvington. However, she graduated from Irvington High School and later attended Catholic School.

Latifah was a talented girl during her childhood, she started bet boxing and rapping for the group called Ladies Fresh at the school years. Later, she was a part of a group called ‘Flavor Unit’ which was formed by DJ James Mark.

After that she record a demo rap song called ‘Princess of the Posse’ which caught the attention of Tommy Boy Music and immediately they signed her and offered her first single ”Wrath Of Madness” in 1988.

In 1989, when she was mere at 19, she released her first album All Hail To the Queen which was sold 1 million copies around the world. Her second and last album to Tommy Boy Music was Nature of Sista which was followed by her third album Black Regn which includes hit singles “U.N.I.T.Y.”, that won  Grammy Award and tops the chart Billboard Hot 100. Her other albums are Order in the Court (1998), The Dana Owens Album (2004), Trav’lin’ Light (2007), and Persona (2o09).

Furthermore, she is not only a singer and rapper but she has featured in many films and TV sitcoms. She has a starring role in The Fox’s sitcom Living Single as Khadijah James from 1993 to 1998. Then she was seen successful film Chicag (2002) for which she had an Oscar Award nomination for Best Supporting Actress.

Awards Accolades and Net Worth

In the year 2015, she co-produced and starred as Bessie Smith in the HBO film Bessie which won her  Primetime Emmy Award for Outstanding Television Movie.

She has won various awards such as a Grammy Award, a Golden Globe Award, three Screen Actors Guild Awards, two NAACP Image Awards, and an Emmy Award. She has an estimated net worth of around $60 million.

Latifah’s sexual orientation has been the topic as rumors for many years whether she is gay or not. However she refuses to talk about it and she told The New York Times in 2008, “I don’t have a problem discussing the topic of somebody being gay, but I do have a problem discussing my personal life,”. “I don’t care if people think I’m gay or not. Assume whatever you want. You do it anyway.”

She was twice arrested for possession of loaded handgun and marijuana in 1996 and for under the influence in Los Angeles County in 200 and placed for three years’ probation.

Her natural hair is black in color but she has dyed her color to honey blonde. Furthermore, she has dark brown eye color and fits in 10 US shoe size.