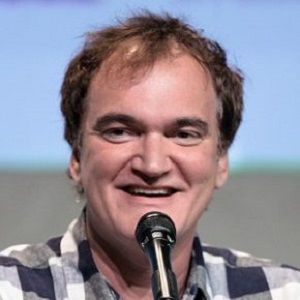 Violence is one of the most fun things to watch.

A writer should have this little voice inside of you saying, Tell the truth. Reveal a few secrets here.

Quentin Tarantino is an unmarried man till now. He has been in a number of relationships in his life. He dated the famous American comedian Kathy Griffin in the year 1995. From 1996 to 1998, he was in a relationship with the Academy Award-winning American actress Mira Sorvino. He was in an affair with Sofia Coppola, a screenwriter in between 2003 and 2004. In 2006, he began dating Dana Flynn. The couple was together for three years. They broke up in 2009. After that, he dated Israeli singer Daniela Pick in 2009 and Nichole Galicia, a model in 2012. He also was supposedly in a relationship with the famous American model and actress Uma Thurman. On 30th June 2017, Quentin got engaged to Daniela Pick. Both are quite happy and excited about it.

Who is Quentin Tarantino?

ngo Unchained. He is widely considered one of the greatest filmmakers of his generation.

Quentin Tarantino was born on 27 March 1963, in Knoxville, Tennessee, USA. His nationality is American and he is of Italian-Sicilian, English, and Irish ethnicity.

His birth name is Quentin Jerome Tarantino. He is the son of Connie McHugh and Tony Tarantino. His father is of Italian descent, and his mother has English and Irish ancestry. His parents separated when he was a child.

When he was 14, he wrote a screenplay called Captain Peachfuzz and the Anchovy Bandit.

He attended the Narbonne High School in Harbor City, Los Angeles, but dropped out when he was 16. He was interested in writing and acting from an early age. He took acting classes at the James Best Theatre Company.

Quentin began his professional career as a co-writer and director of a movie called My Best Friend’s Birthday in 1987. He received his first paid writing assignment in the early ’90s when Robert Kurtzman hired him to write the script for From Dusk Till Dawn.

In January 1992, he wrote, directed, and acted as Mr. Brown in the crime thriller film Reservoir Dogs, for which received a positive response from critics. From 2002–2004, Tarantino portrayed villain McKenna’s Cole in the ABC television series Alias. Since then, he has directed, produced, and starred in several movies.

Tarantino’s films have garnered both critical and commercial success. He has received many industry awards, including two Academy Awards, two Golden Globe Awards, two BAFTA Awards, and the Palme d’Or Award. He has also been nominated for an Emmy and a Grammy. He was named one of the “100 Most Influential People in the World” by Time in 2005. In December 2015, he received a star on the Hollywood Walk of Fame for his contributions to the film industry.

Quentin Tarantino: Salary and Net Worth

He has been a very successful person in his life and he has accumulated a net worth of 120 million dollars but his salary is not revealed yet.

At the 73rd Golden Globe Awards in 2016, Tarantino received criticism after using the term “ghetto” while accepting the Golden Globe for best original score on behalf of composer Ennio Morricone. He said, “Wow, this is really cool. Do you realize that Ennio Morricone, who, as far as I am concerned, is my favorite composer and when I say “favorite composer,” I don’t mean movie composer, that ghetto”, for which he was criticized by most of the fans and audience. He has also been in other several controversies in his life. Despite his controversies, he is loved by many people for his work.

Quentin has a height of 6 feet 1 inch and weighs 75 kg. His hair color has turned salt and pepper so he keeps dying his hair and his eye color is dark brown. Other information on his body measurement like shoe color, etc. is unknown.