Quincy Fouse is a popular American actor. He is well known for his roles in CW’s series Legacies, the movie Logan, and The Goldbergs.

Quincy Fouse is most probably single at the moment. Previously, he was in a relationship with his Jireh Noel. Noel is both a social media personality and a model.

And although Fouse didn’t publicly confirm their break up, both of them have removed posts featuring each other on Instagram. It also seems like Noel has moved on with her new boyfriend Robbie from her recent posts on social media.

Fouse has not revealed much else about his other ex-girlfriends and previous relationships. 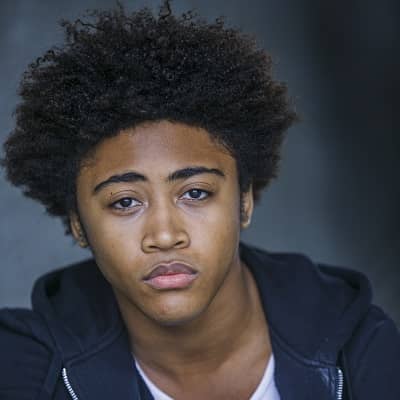 Who is Quincy Fouse?

Quincy Fouse is a popular American actor. He is well known for his roles in CW’s series Legacies, the movie Logan, and The Goldbergs.

Quincy Fouse was born on the 26th of August, 1997 in Jacksonville, Florida. As of now, his age is 23. His nationality is American and his ethnicity is African-American.

Fouse was born to parents Tinisha LaShaye McNeal-Clark and Robert A. Clark. He also has two younger siblings, a sister named Lalani and a brother whose name hasn’t been revealed. His family is very supportive of his acting career. His mother has even said that she’s a Legacies fan herself.

Quincy graduated high school from Broad Ripple High School. He hasn’t revealed if he went to college for further education or not.

Fouse started his acting career in 2016 with a small role as Josh X in the TV series K.C. Undercover. Later in the same year, he also appeared in the TV movie titled The Kicker.

His next role in the popular TV series The Goldbergs pushed Quincy to fame. Fouse portrayed the character of Taz Money and became very popular in both the TV industry and among fans.

His character appeared in just eight episodes in The Goldbergs but it was enough to really take his name to the mainstream.

After this, Fouse appeared in the critically acclaimed movie Logan in 2017. Although he played a small part, he got to work alongside actors such as Hugh Jackman and Patrick Stewart in the movie.

Following this, he landed himself a role in the TV series Doubt, Bosch, and All about the Washingtons. Then, in 2018, he landed another major role as the young vampire MG in the ongoing series Legacies.

Legacies is a really popular series and this coupled with his great acting in a recurring role, helped him reach greater heights in the TV industry. Quincy is still a part of the series and in 2021 it has been renewed for its fourth season.

Fouse has accumulated a net worth of roughly 500k U.S. dollars as of now. He hasn’t revealed anything regarding his annual salary yet.

Quincy Fouse has not involved himself with any rumors or controversies as of now. He s really focused on his career at the moment and stays away from any controversial topics and activities.

Fouse stands at a height of 5 ft 9¾ in and his weight is roughly 70 kilograms. He is blessed with good looks and has a slim and attractive physique. He styles his dark brown hair in an afro and his eyes are also dark brown in color.

Get to know more about the lives of celebrities Nina Arianda and Joey Batey.