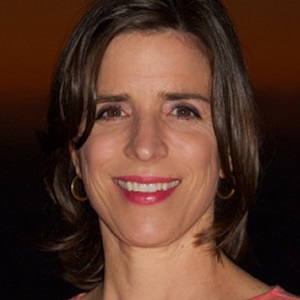 I sometimes wonder if my last words on this earth will be something like, 'Oh, I knew this wouldn't work

I couldn't figure out how to swing the conversation around to, "So, do you stop having panic attacks after the first year, or do you just drink in the daytime?

Quinn Cummings is in a relationship with Donald DiPietro and has a daughter, Anneke DiPietro, born in June 2000.

Her baby girl has inspired her to invent the Hip Hugger baby carrier. However, she has not revealed anything more regarding her partner and love life.

Who is Quinn Cummings?

Quinn Cummings is a former American actress. Now she works as a writer and an entrepreneur. She is popular for her role as Lucy McFadden in Neil Simon’s ‘The Goodbye Girl’.

She is also popular for her recurring role as Annie Cooper on the television series ‘Family’.

Quinn Cummings was born on August 13, 1967, in Los Angeles, California, USA. She is currently 53 years old.

Her father’s name was Summer Cummings (businessman) and her mother’s name was Jan Mae (bookkeeper). Her father was the president of a necktie company and he died in 1977. She is the only child of her parents.

Talking about her education, she attended the University of California (UCLA) for two years.

Quinn Cummings was discovered by famed cinematographer James Wong Howe and began her career. She landed on roles in television commercials and won the role of Marsha Mason’s daughter, Lucy McFadden in the film ‘The Goodbye Girl’ in 1977.

In 1978, she portrayed the recurring role on the drama series ‘Family’ and appeared in the ABC sitcom ‘Hail to the Chief’ in 1985 as the daughter of the first female President of the United States. She ended her acting career after portraying the role in a 1991 episode of ‘Blossom’.

Cummings was inspired by the birth of her daughter and created HipHugger, which is a stylish, sling-type device for carrying a baby and awarded a US Patent. She became the President of the HipHugger company before selling it in 2006.

She began her seminal blog in February 2005, ‘The QC Report’ in which she discusses the ironies of modern life from the point of view of a career mother in her thirties. The blog received recommendations including Newsweek’s BlogWatch pick of the week and launched her carer in publishing.

Cummings published her first book ‘Notes From The Underwire: Adventures from My Awkward and Lovely Life’ in July 2009 and later in 2009, she published ‘The Year of Learning Dangerously’.

She released ‘Pet Sounds’ in the summer of 2013, which is a collection of humorous stories relating to animals and pet ownership.

She won Young Artist Award in the category Best Young Actress in a Television Series for ‘Family’ in 1981. Quinn was also nominated for Golden Globe Award (Best Actress in s Supporting Role-Motion Picture) in 1978 and for People’s Choice Award (Favorite Motion Picture Supporting Actress) in 1979.

She has an estimated net worth of around $4 million. But her salary and other earnings are not disclosed.

Quinn Cummings quit her acting career because she was not comfortable living her life in the public eye and stated, “nobody could conceive of hiring me”.

The former child actress likes to be very secretive, hence, she has not been in any type of rumors and controversies.

To know more about Alix Angelis, Susan Lucci, and Gladys Knight, please click on the link.