Quinn Lujan is currently possibly living a single life. He has not shared the details regarding his affair or girlfriend. 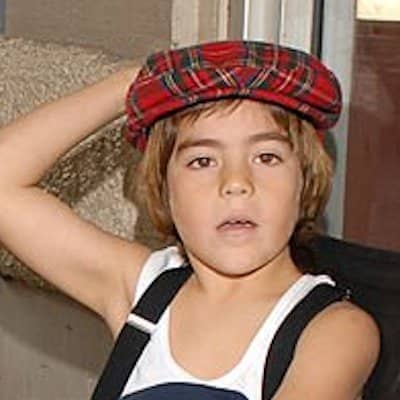 Who is Quinn Lujan?

Quinn Lujan is an actor of American nationality. Quinn Lujan is popular for featuring in Headspace (2005), Hart Blvd., A Killer Within (2004), etc.

In the year 2018 to 2019, he worked as a post-production assistant for the TV show Wonderama for its 24 episodes. At present, he is working for the Warner Bros as Visual Effects PA.

His birthdate is 26 Jan 1998 and he was born in Flagstaff, Arizona, the United States as Quinn Lee Lujan. The name of his mother is Sean Young (actress) and his father’s identity is Robert Lujan (actor).

Further, Quinn Lujan’s ancestry is a mix of Irish-English-Swiss-German from his mother’s side and has an older brother named Rio Kelly Lujan.

Quinn Lujan did three movies which are Headspace as Young Alex in 2005, Ghosts Never Sleep as a Kid in 2005, and A Killer Within as Christopher Terrill in 2004.

He also served many popular companies. He worked for Sony as VFX PAVFX PA from Jan 2017 to Jan 2018. Quinn then went to Paramount Pictures in the same position for Jan 2019 to Jun 2019.

Bried about his Mom, Sean Young

Sean Young born Mary Sean Young is a famous actress in the Hollywood industry. She is known for her husky voice with brown hair. She debuted with the movie Jane Austen in Manhattan as Ariadne Charlton in 1980.

By the sources of 2022, Quinn Lujan’s net worth is estimated at $100 thousand. The yearly salary that Quinn charges are under the rug. On the other hand, her actress mom, Sean has around $3.5 million of assets.

This actor who played a role in the movie A Killer Within, Quinn is keeping himself away from scandals as well as rumors.

Quinn Lujan has a height of average shape and his body weight is also decent. Adding some more, he has light brown eyes with the same colored hair.