Skip to content
Married Biography
Married Biography / Entertainment / R. Kelly has been again accused by four women of sexual abuse and this time also he unequivocally denies all the allegations!

R. Kelly has been again accused by four women of sexual abuse and this time also he unequivocally denies all the allegations! 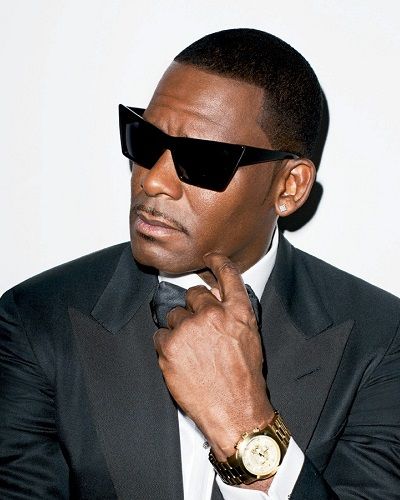 R. Kelly was an American basketball player and now he is a singer, songwriter, and record producer. In April 2018, the news came that R. Kelly was accused of escorting a minor and making her his sex pet as well as transferring her STD(sexually transmitted disease).

A woman from Dallas whom he was in a relationship with since she was 19 years old filed a suit against him claiming sexual misconduct allegations and gave her STD.

Had to go get some wisdom from my Second Mom. She always told me, “You’re gonna be great and do great thing in life.” I was crazy enough to believe her! Went to her church yesterday to surprise her! #MorningsWithKellz #WhenAWomanLoves #SheLovesForReal

Kitti Jones, one of the three spokespersons said that Kelly had sex pets and she came to know about it when Kelly introduced Kitty to one of the ladies who was dressed up just like her.
She said,

“I saw that she was dressed like me, that she was saying the things I’d say and her mannerisms were like mine. That’s when it clicked in my head that he had been grooming me to become one of his pets. He calls them his pets.”

The other spokesperson and accuser, Jerhonda Pace said that Kelly has a bad history as he used to abuse and have sex with minors.

Now again in May 2018, a few days back four more women have come out and accused Kelly of sexually abusing them as well. One of the accusers, Lizzette Martinez said that she was in a relationship with him and they had a four-year relationship.

You may like to read One of the four women who accused R Kelly of sexual assault has gone public and narrated her experience on CBS! Know who L. C. is?

And while she was dating him,

“he pressured her into sex, hit her five times, and gave her mononucleosis, which resulted in her hospitalization.”

Five minutes before I go into the studio.

Martinez also became pregnant with Kelly’s child but he asked her to abort the child but she did not. But unfortunately, she later miscarried the baby. She revealed that he was very controlling,

“what I wore, how I spoke, who my friends were, who I could bring around. I did these things, and I felt like it was always—he was directing stuff. You know, it felt really weird. He was really overbearing…. I’m like, ‘I don’t want to do that.’ But he has a way with people, with women. He’s just so controlling, so abusive.”

After physically assaulting her he used to apologize and say,

“Then he’s a nice guy afterward: ‘I love you. I’m sorry. You know, I’m going to help you. I’m going to do everything for you, but you have to listen to me.’ It was always I wasn’t listening to him. You know, a typical domestic abusive relationship, and this was, like, my first relationship in my life.”

The other accuser, Michelle complained that her daughter N has been imprisoned by Kelly. He is not allowing her daughter to talk to her for three months. She said,

“And one time I asked him—he FaceTimed me, and I said, ‘Why you ain’t letting my daughter come home?’ And he was like, ‘She don’t want to come home.’”

Kelly denies all the accuses and allegations

Great tips on how to WIN brought to you today courtesy of #missymisdemeanorelliott . #HappyWINSday #MorningsWithKellz

Kelly since the accusations have arisen is repeatedly denying all of them. His lawyer told that Kelly,

“unequivocally denies such accusations and will work diligently and forcibly to pursue his accusers and clear his name.”

“Soon it will become clear Mr. Kelly is the target of a greedy, conscious and malicious conspiracy to demean him, his family and the women with whom he spends his time.”

Kelly’s management team also denies whatever those women are accusing is not true and says they all have a friendly relationship with him. So, soon after the next hearing, we will come to know who’s is telling the truth and who is lying.