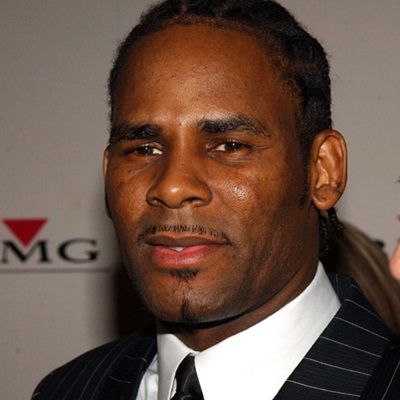 People can say whatever they want about you without knowing the facts. They can criticize you without even knowing you, and hate you when they don't even know you. All of a sudden, you're, like, the bin Laden of America. Osama bin Laden is the only one who knows exactly what I'm going through. Interview with Blender Magazine, September 2003.

You're younger, you might want to go to clubs and kick it, but as you get older, you start seeing that life has more meaning to it. The people that you love are the people you want to start trusting and start wanting them to trust you and start respecting them.

I've programmed myself musically to come up with love-feeling tracks that are romantic, sexy, but classy, all in one. And that's the challenge. Once I create that music, then the lyrical content starts to come - you know, the stories and things like that.

What is the relationship of R. Kelly?

Previously, Kelly had a fling with singer and hip-hop star, K. Michelle after having met backstage at one of his shows during the Single Ladies tour in August 2013.

Apparently, she had come backstage after the show, after which they listened to some music and got drunk. According to him, they had a very good time after getting very drunk.

Kelly got married to Aaliyah, whom he was tutoring in August 1994. The wedding ceremony was kept secret as she was just 15 years old at the time of the wedding.

Kelly and Aaliyah had met about 3 years earlier through her uncle. Her family got the marriage annulled in February 1995.

He married Andrea Kelly in 1996, but the marriage didn’t last long so they got separated in 2009.

Kelly has been in a relationship with Kim l. Dulaney, Kelly, and Kim shared a very close bond and she has written a couple of children books inspired by his achievements.

He had a short-lived affair with the glamour model, Bianca Darrington.

Kelly had an affair with a married woman and singer, DeLeon Richards. DeLeon had an extra-marital affair with Kelly while she was married to singer Gary Sheffield.

This affair came to light after someone tried to blackmail Sheffield with two homemade tapes featuring his wife performing physical acts on Kelly.

In his statement, he revealed that his wife had been having an affair with Kelly for a long time.

He had an encounter with Sparkle, Maxine Daniels in 2007.

He won Grammy Awards for “I Believe I Can Fly” for three times.

He is a former member of the ‘Public Announcement’ R&B group.

R. Kelly was born as Robert Sylvester Kelly on January 8, 1967, in Chicago, Illinois, the United States. He is a Capricorn.

His mother is Joanne Kelly, she served as the lead singer of the choir. She died of cancer in 1993. Kelly’s family lived in the Ida B. Wells Homes public housing project in Chicago’s Bronzeville neighborhood.

He has three siblings, Carey Kelly, Bruce Kelly, Theresa Kelly. He belongs to All- American ancestry.

At a young age, Kelly was often physically abused by a woman who was at least ten years older than himself. Kelly wrote in his autobiography about why he never told anyone.

At age 11, he was shot in the shoulder while riding his bike home; the bullet is reportedly still lodged in his shoulder.

R. Kelly studied at the ‘Kenwood Academy’ in Chicago’s Hyde Park neighborhood in the fall of 1981

He was an athletic young boy and played basketball for his high school team with the late basketball player Ben Wilson. He sang “It’s So Hard to Say Goodbye to Yesterday” at Ben Wilson’s funeral

His song ‘Bump N’ Grind’ peaked at number one for 12 weeks on the ‘Billboard Hot R&B Singles’ chart. His album ‘R. Kelly’ was out in 1995, featured introspective lyrics and foot-tapping music. This album became a huge hit and spawned three number one singles – ‘You Remind Me of Something,’ ‘Down Low,’ and ‘I Can’t Sleep’.

He released ‘R,’ which become one of his most commercially successful albums. Kelly wrote and produced the majority of the soundtrack of the 1999 comedy-drama film ‘Life,’ starring Eddie Murphy and Martin Lawrence.

His suburban Olympia Fields is officially on the market. Kelly is selling the mansion, part of a $2.9 million foreclosure lawsuit, for $1.595 million.

He resides at Trump Tower.

What happened to his Millions of Dollars?

Kelly’s explosive CBS This Morning interview, the disgraced R&B singer claimed that people have been “stealing” his money, leaving him unable to pay child support to his ex-wife.

Kelly told a judge he could not pay $161,000 in owed child support for his three children, sending him back to jail.

Kelly was rumored to have had a physical relationship with Epic Records intern Tracy Sampson when she was just 17 years old. She later filed a $50,000 civil suit against him for the taken advantage of his position.

In early Jan 2020, he was arrested for domestic battery.