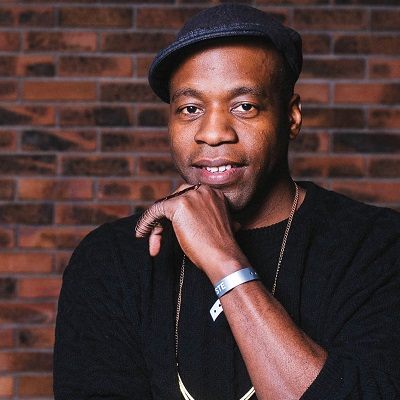 Currently, Raashan Ahmad is single and he is not in a relationship with anybody currently.

Raashan Ahmad is an American Music Hip-Hop Artist and career as a rapper. Besides, he is an MC, Music Producer, DJ, and label owner.

Raashan Ahmad was born in Trenton, NJ. At his young age, he moved to Los Angeles, California with family. Then, he began to listen to hip-hop songs.

He also joined the dance crew Battlekatz, later it turned into a rap group. Ahmad was MC and rapper of that group. He also invited by the group Crown City Rockets to be his MC in 1996.

Before working in a record label, he launched his own solo Official Mix Tape in 2005.

Under Om Record, he released his first studio album in 2008 called The Push. It includes 13 songs, with the Hip Hop category. It has songs title such as Hello, City Feel Proud, Give Thanks, The Crush, Fight, Cancer, etc.

His second studio album For What You’ve Lost was released from the Trad vibe record label in 2010. It includes 13 tracks. This album tries to include Jazzy Hip-Hop and Conscious types of songs.

Later, he launched his 6th studio album with title Soul power in 2019.

His third album, Ta-Ku & Raashan Ahmad and fourth album, Ceremony was released in 2013.

Album Ceremony includes about 15 Tracklist with songs such as The Remedy, Eas On Back, Out Of Bounds, Hold On, and How Long, etc.

Ahmad released the album The sun from Crown City Entertainment in 2019. it has a total of 8 tracklists such as Body Heat, The Day The Sun Came, Wonderful Fantastic, etc.

Ahmad is MC or Master Of Ceremonies of this group who host the staged event and conference.

Ahmad net worth is approximate $1 m US. As hip-hop and rapper Artist, his earnings are $62 k U.S.