Rachel Boston is an American actress and producer. She is best known for her role in a television series ‘American Dreams’ in 2002. She is possibly single. 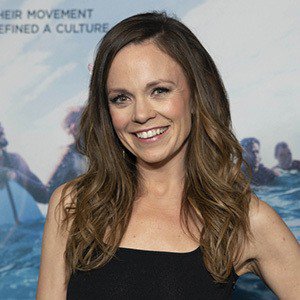 “Being surrounded by love and people that care about your heart is the dream. That's what I would like on my last day.”

Rachel Boston is currently single. However, there was a rumor regarding her relationship but she has not confirmed it. She has not been dating anyone recently and is busy in her career.

She likes to keep her profile low and she likes to be active in her career rather than being in a relationship.

Who is Rachel Boston?

Rachel Boston is an American actress and producer who is best known for her role in the NBC award-winning television series ‘American Dreams’ in 2002.

She made her appearance in the short-lived CBS sitcom ‘The Ex List’ in 2008 and on the USA Network series ‘In Plain Sight’.

She was born on May 9, 1982, in Chattanooga, Tennesse, USA. Her birth name is Rachel Elizabeth Boston and she is currently 38 years old. Her father’s name is Terry Boston and her mother’s name is Brenda Boston.

She grew up in Signal Mountain, Tennessee, and later moved to New York City at the age of 17. She has got brothers named Brian Boston(geologist) and Andrew Boston(student).

Rachel has crowned Miss Tennesse Teen USA in 1999 and placed in the Top 10 at the national pageant. Rachel holds American citizenship and her ethnicity is unknown.

She joined the Girls Preparatory School in Chattanooga, Tennessee and she attended New York University after she received a scholarship to study. Later, she studies at Fordham University and The Actor’s Center.,

Rachel Boston made her television debut from the series ‘The Andy Dick Show’ in 2001. She portrayed the role of Tina in the episode ‘Profesor Talcum’ in the series.

She debuted her film career from the film ‘Smoking Herb’ as Jaquelyn Mason in 2002. This actress became well recognized in the TV series ‘American Dreams’ from 2002 to 2005. She was cast in the CBS series ‘The Ex List’ as Daphne Bloom and joined the cast of the hit series ‘In Plain Sight’.

She portrayed the role of Ingrid Beauchamp in the fantasy drama named ‘Witches of East End’ in 2013 and cast in the movie ‘The Pill’ as Mandy in the year 2011. After that, she made her appearance as Lexi Kivel in the film ‘It’s a Disaster’ in 2012, Kate Cole in the film ‘Black Marigolds’ in 2013 and Annabelle Colton in the series ‘Stop the Wedding’ in 2016, and Kayla in ‘The Good Doctor’ in 2018.

The talented actress has accumulated a huge sum of money from her career. She has around 44 million net worth and it is expected to rise in the future.

There was a rumor that she was romantically linked with the drummer of ‘The Thord Eye band’, Brad Hargreaves but neither of them have specified that they were in a romantic relationship.

They were seen together at the 5th Annual Makeup Artist & Hairstylist Guild Awards in 2004 at the Beverly Hilton Hotel. Later, they separated away and neither of them commented on this.

Rachel Boston has a height of 5 ft. 9 inches and she weighs 56 kg. Her body measurement is 32-24-33 inches. Rachel has blue eyes and brown hair.

To know more about Sarah Roemer, Allison Williams, and Morgan York, please click on the link.

Update! Rachel Bloom Expecting Baby With Her Husband Dan Gregor; The Couple Were Stucked In The Storm!