Updated On December 26, 2022 | Published By: Smriti Sharma
Share this
Married 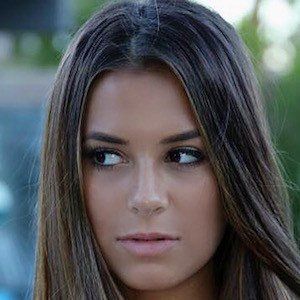 Rachel Bush is in Love!!

Talking about her relationship he was dating NFL star, Jordan Poyer.

The couple got engaged in December 2016 and one month later, she gave birth to his child.

The couple had a daughter named Aliyah Anne who was born on 30 December 2016.

Who is Rachel Bush?

Whereas, she has been covered extensively in publications such as Busted Coverage, BroBible, New York Daily News, and other tabloid outlets.

Rachel was born in the United States of America on November 1, 1997,  there is no information regarding her family.

She has a sibling namely, Jordan Bush. She belongs to the American nationality and English ethnicity.

Her birth sign is Scorpio. Talking about her education, she worked with the local colleges and obtained an associate’s degree.

Besides that, she had migrated from New York to the Sunshine City in Florida to join the Florida Atlantic University.

Besides that, she was also interested in modeling as soon as she became the finalist in a Miss USA Pageant.

Whereas, she was able to earn huge success with her photos and videos which she posted on her Instagram account.

In fact, she was also one of the finalists at the Miss Teen New York Pageant in the year 2014 and it is at this time that her interest in modeling increased.

Similarly, her posts on her Instagram are mostly bikini posts and she displays her stunning body on social media through swimwear pictures.

Rachel Bush: Salary and Net Worth

There is no information about her salary. Her net worth is around $1 million.

On talking about her body measurements, Rachel has a height of 5 feet 6 inches.