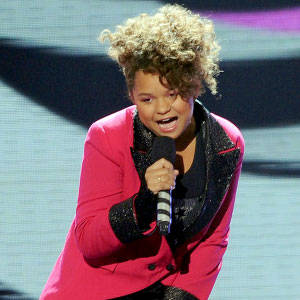 Reflecting on a personal life of Rachel Crow, she is possibly single. There isn’t any information regarding her romantic relationship affairs. Her personal life isn’t in the limelight as her career path. She usually doesn’t talk about her private life in media and public. She prefers people focusing on her work rather than her personal life. She hasn’t mentioned about her affairs publically and has managed to keep it low profile. There is no any record of her marriage and divorce till now. She has not clarified about her married life, affair, boyfriend, and spouse till the present time. It seems like she is sharpening her strength and skills to make her all dreams come true rather than being stuck in a relationship. She is currently focusing on her work and it seems like she doesn’t have time for love affairs. According to the records, she is possibly single at the present time.

Who is Rachel Crow?

Rachel Crow is an American singer, comedian, and actress. She finished fifth in the first season of the U.S. version of The X Factor in 2011. She was the voice actress in Rio 2, as Carla. She’s appeared on TV shows such as BrainSurge, Inside Edition, Big Time Rush, Figure It Out and The Wendy Williams Show.

She was born on January 23, 1998, and was raised in Mead, Colorado. Since a very young age, she showed a keen interest in becoming a performer. Her parents were supportive enough to fulfill her dream and interest by auditioning for X Factor in 2011.

Her educational background and qualifications are, however, unknown till date.

Her career initiated with her audition in X Factor in 2011. She made it to the top 5 and had to leave after Nicole Scherzinger took the vote to deadlock. The very next year she signed a music deal with Columbia Records and also made a TV deal with Nickelodeon. On June 26, 2012, she released a five-song EP, out of which one was written by herself.  She appeared on Nickelodeon shows such as Fred: The Show, Figure It Out, and Big Time Rush. She signed a deal for her own Musical-Comedy with Nickelodeon.

Incredible young talent, she has not exposed his true net worth and salary figure yet.

She stands with a short height of 5 feet 7 inches (1.70 m) and weighs around 60kg. Her body size is 32-26-30 while Bra size is 32A. She has golden brown hair color and brown eyes color.Her dress size and shoe size is unknown.