Rachel DiPillo is an American renowned actress of Jane the Virgin.

Rachel DiPillo currently appears to be single. She hasn’t introduced anyone as her boyfriend or lover. However, she once stated that she has a boyfriend in high school but as of now, there is no information available regarding her love life. 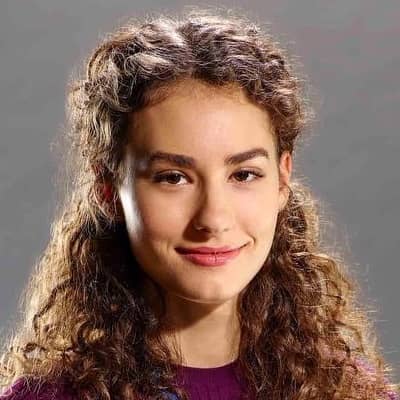 Who is Rachel DiPillo?

The actress was born on January 26, 1991, as Rachel Jatherine Dipillo. She hails from Flint, Michigan, United States but soon after her birth, her family moved to a suburb of Nashville, Tennessee. The nationality of Rachel is American and she belongs to mixed ethnicity of Italian, Lithuanian, English, and Irish.

She was born to her father John G. Dipillo and her mother Jackie Welton Dipillo. She is the second child of her parents and has two sisters named Megan Dipillo and Danielle Dipillo.

However, she hasn’t yet disclosed her academics details in the media.

In 2009, Rachel made an appearance in a recurring role of Pretty Girl on Nickelodeon series Big Time Rush until 2010. After that, she appeared in the role of Lexie Wade in The Gates.

In 2010, she made her big-screen debut through the movie, Elle: A Modern Cinderella Tale where she portrayed the role of Partygoer. She starred in the police procedural and legal television series, Law & Order: LA in an episode of  “Runyon Canyon” as Sylvie Lester.

Similarly, she features in NBC’s comedy pilot Cuckoo based on the British Sitcom of the same name along with Cheryl Hines and Michael Chiklis in 2015. Last time, she starred in a guest role as Dr. Sarah Reese in Chicago P.D. as lots of people was disappointed when Rachel left Chicago Med.

Furthermore, some of her notable films and television series are,

To date, Dipillo hasn’t been into any rumors and disputes that create headlines in the media. Also, she stays miles away from controversial acts that could hamper her personal and professional life.

Dipillo’s primary source of income is her acting career. According to other online sources, she has an estimated net worth in the range of $1 million to $5 million. Furthermore, her salary and yearly income are still under review.

The actress has a well-maintained body posture with a fair complexion. She stands at the height of 5 feet 7 inches tall and her weight is around 50 kg. She has a pretty brown pair of eyes with a curly dark brown hair color.

The actress has a verified Twitter account where she has more than 16.6k followers. Likely, she is active on Instagram with over 7.4k followers. However, she is not available on Facebook but she has a fan page with nearly 3k followers.