Actress Rachel Bilson is a mother of one. 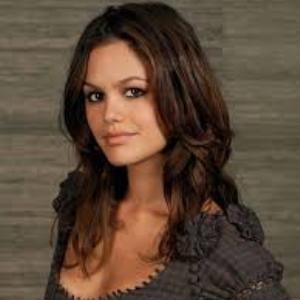 I just really love being in my pajamas

You can tell a lot about a person from his underwear.

They were even engaged in the year 2008 but in August 2008, they called off their engagement and after three months of separation, they were together again. Hopefully, they reconcile this time as well.

She has a daughter with Hayden Christensen whom they have named Briar Rose Christensen. Briar was born on 29th October 2014. She has some pet pigs at home.

Prior, she started dating her co-star Adam Brody on the show ‘The O.C.’ but they split in two years’ time.

Who is Rachel Bilson?

Rachel Bilson is an American actress and author. She debuted in 2003 on television and is known for her role as Summer Roberts in the popular TV series ‘The O.C.’

Rachel was born on 25 August 1981, in Los Angeles, California, United States. Her nationality is American and her ethnicity is mixed(Jewish and Italian-American).

Her birth name is Rachel Jade Sarah Bilson. Rachel Bilson started acting from high school. Her mother, Janice Stango is a sex therapist, while her father, Danny Bilson is a producer, writer, and director.

Her father belongs to the entertainment industry. They are divorced. Her grandfather is a film and TV director, Bruce Bilson. Her paternal great-grandparents were producer George Bilson’s great-grandparents, Bilson.

She is a niece to film producer, Julie Ahlberg. Rachel Bilson has many close friends in the industry. She has been a bridesmaid at her friends’ weddings in 2008 as well as 2017. Her father remarried Heather Medway and she has two younger half-sisters, Hattie Elizabeth Bilson (born 19th December 2001) and Rosemary Bilson (Born 10th February 2007).

Rachel Bilson attended Notre Dame High School and completed it in 1999. At the age of 14 years, she had a car accident leading to her being in a coma stage for 4 days.

The accident has left a permanent scar on her right eyebrow. Rachel Bilson later enrolled herself at Grossmont College but ceased studies for a year. Her father encouraged her to pursue further in the field of acting.

Rachel Bilson did some commercials and small roles in high-profile TV shows in the initial time of her career. She soon bagged the memorable role of Summer Roberts and this role gave her fame. In 2005, Rachel Bilson’s name was in the Top Hot 100 women list of Maxim Magazine.

She stood on 77th rank in FHM’s top 100 sexiest women in 2005. She was part of the crew of some noted stage productions. Likewise, she writes for ‘InStyle’ magazine. She is a co-partner of a designer jeans brand called ‘Eddie Rose’.

Rachel’s salary and net worth are unknown.

She was rumored to be dating actor Jake Gyllenhaal in 2010. But they were found to be baseless. It was also said that the show ‘Hart of Dixie’ where she plays Dr. Zoe Hart was canceled due to her pregnancy. Rachel Bilson has not fallen into any major controversy. Her photo with a breast pump was a bit criticized.

Her work has been generally appreciated and she has not been the subject of any harsh or rude criticism by the critics. She was upset by the portray in ‘Bling Ring’ of a group of teenagers who target and rob homes of celebrities. Rachel had one of these incidents at her home and lost treasured clothes, jewelry, and her mother’s engagement ring.