Updated On November 15, 2022 | Published By: Paristha Acharya
Share this
Divorce 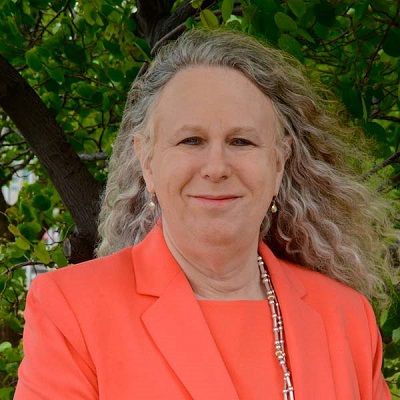 I'm not here to be a celebrity. I'm here to be a physician and a Secretary of Health and protect the public health of Pennsylvania

I can't give any specific timetable. I often quote Dr. Fauci, the director of infectious diseases at the National Institutes of Health, and what he says 'the virus determines the timeline, we don't determine the timeline'.

What is the relationship of Rachel Levine?

Previously, she was married to Martha Peaslee Levine. This couple together has two children, David and Dayna.

Levine and her wife, Martha divorced in 2013 but are still good friends.

Who is Rachel Levine?

Rachel Levine is an American pediatrician currently serving as the Pennsylvania Secretary of Health.

She also serves as a Professor of Pediatrics and Psychiatry at the Penn State College of Medicine.

She is best known as one of only a handful of openly transgender government officials in the United States.

This pediatrician was born in 1957 in Wakefield, Massachusetts, with a birth name Richard L. Levine. There is no information about her father, mother, and siblings as she likes to keep her personal life far away from the media.

She belongs of Jewish descent.

Rachel Levine Before and After

Rachel’s birth name is Richard. She changed her named in the year 2012 as well as changed her identification. Levine identified herself as a woman and stated that her transition from being a man to a woman was slow but deliberate.

Levine grew up attending Hebrew School and had a Bar Mitzvah. She did not speak about her LGBT while she was growing up. Levine graduated from Havard College and the Tulane University School of Medicine.

Rachel completed a residency in pediatrics and a fellowship in adolescent medicine at the Mount Sinai Medical Center.

Earlier, Rachel Levine had a fellowship at New York City’s Mount Sinai Hospital from 1988 to 1993 where she trained in Pediatrics. After moving from Manhattan to central Pennsylvania in 1993, she joined the staff at Penn State Hershey Medical Center. Rachel became a top doctor by 2014.

Levine has created Penn State Hershey Medical Center’s adolescent medicine division and eating disorders clinic. She was in charge of the latter and was nominated for the position of Pennsylvania Physician General in 2015.

Afterward, she was selected by Governor-elect Tom Wolf to be Pennsylvania’s Physician General in 2015. Moreover, Rachel served in this post until 2017.

The same year, Governor Wolf appointed Levine as Secretary of Health. She was without expectation confirmed by the state’s Republican-controlled legislature.

Later, she signed an order that allowed law enforcement officers to carry the anti-overdose medication naloxone and has credited the drug with saving the lives of almost 1,000 drug users who had overdosed.

Rachel leads the public health response on COVID-19 in Pennsylvania and works closely daily basis with the FEMA director. Similarly, she leads a daily press briefing.

She earns a base salary of $161,382 as of the Secretary of Health in Pennsylvania. Meanwhile, according to some sources, she has a net worth of $13 million as of 2022.

Levine was accused of removing her mother from a “personal care” home, after creating a policy whereby nursing homes throughout the Commonwealth would readmit residents testing positive for Coronavirus after they were declared healthy enough to leave the hospital.

Rachel Levine stands 5 feet 6 inches tall and has a decent weight. Likely, she has brown hair and brown eyes.

She loves to spend quality time with her family rather than on social media.