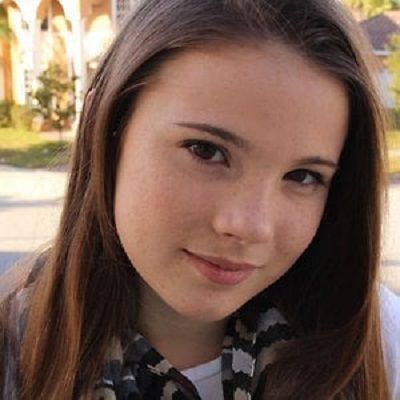 What is the relationship of Rachel Marie?

Rachel Marie is in a relationship with Logan Beauchamp. They first met at their school. Both of them love adventures and traveling.

Her Instagram posts suggest that she loves to spend time in nature. Apart from that, she is passionate when it comes to Gymnastics.

Who is Rachel Marie?

Rachel Marie is a level 9 gymnast and YouTuber. Marie is renowned for being a member of the YouTube Channel, SevenGymnasticsGirls.

Currently, she also owns her gym.

Rachel Marie was born on the 6th of February 1999 in the United States. She is of British-French ancestry.

She has an older brother who is in military service.

She started her career as a gymnast at the age of 6. In 2011, she started the YouTube channel, SevenGymnasticsGirls along with the six companions. In the channel, they uploaded the videos where each girl completes a certain task in a day.

The channel has huge fans and subscribers 1.4 million. However, the channel was terminated. Still, the reason behind the termination of the channel is unknown. Along with the channel, she was also continuing her career as a gymnast. At the age of 14, she became a professional Gymnast.

In the beginning, she used to uploads the tutorials for gymnastics. Her very first video, Beginner Gymnastics: Backbend kickover Tutorial earned the 478k views. Following the videos, she uploads videos on a regular basis.

On the 20th of January 2018, she uploaded the video, Disney Princesses Try Gymnastics earned the 22 million views which happen to the highest amount of the views on her videos. In the video, she was featured with her friends. All of them were dressed as Disney princesses.

Her YouTube channel has an estimated net worth of $4.2k – $67.7k. Apart from that, she also earns through her gym.

The YouTuber has not been any sort of controversy that created a buzz on the media till the day.

On the social media app, she is following the personalities like Ryan Garcia, Harper Grae, and Clark Little.

She has a self-titled YouTube channel with 426k subscribers with 98 million views.