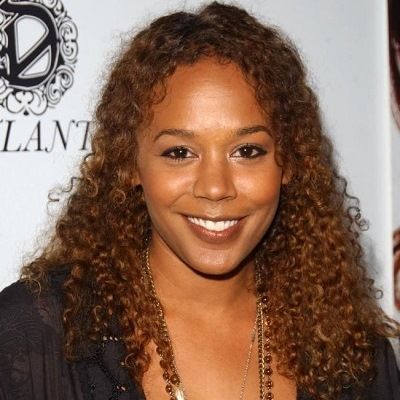 Sometimes I wonder why I'm not working at McDonald's and how come I have the life I have. I don't know. But I'm happy that I have these choices. That's kinda sappy, huh? But whatever, acting beats pumping gas.

Rachel True’s relationship status is currently single.  She is neither married nor in a relationship. She doesn’t want to talk about her personal life with the media and has maintained her love life a secret so far.

Who is Rachel True?

Rachel True is an American actress, tarot-card reader, and former model. Rachel is in the role of ‘Rochelle,’ one of the four skirt-clad witches in Andrew Fleming’s cult-favorite teenage horror film ‘The Craft.’

Her father is  Richard True. She is a  Scorpio and her parents are of Ashkenazi Jewish- African-American ethnicity.

Rachel True made her television debut in The Cosby show in 1991. Then she got a chance to work in different television series like Beverly Hills, 90210, Getting By, The Fresh Prince of Bel-Air, Dream On.

She made her film debut opposite Chris Rock played the role of Daliha in the film CB4 in 1993. Then she worked with Alyssa Milano in the horror movie, Embrace of the Vampire. True got a big breakthrough in 1996 when she got the chance to work in the movie, The Craft.

True portrayed the role of a teenage witch in the movie. True has worked in over two dozen movies and television series.

She appeared in a few films and TV series, Limelight, Good Grief and Being Mary Jane in 2017. Currently, she is filming Laveau and Anders Manor.

Rachel’s Half And Half

True starred with Essence Atkins in the UPN comedy series Half & Half, 2002 to 2006 as paternal half-sisters who barely knew each other until they become adults.

She won recognition from the media as well as audiences for her outstanding work in that movie.

She has an estimated net worth of around $500 thousand and her earning sources are acting, modeling and earns $42180 US and above.