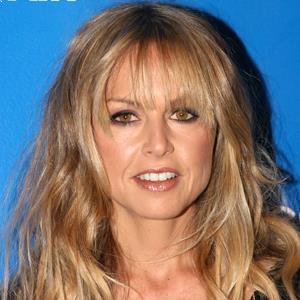 Rachel Zoe is a married woman since a long time. She is married to her long-term boyfriend Rodger Berman. The couple first met when Zoe was at George Washington University. After a long affair, the couple got married on 14 February 1996. They together have two children named Kaius Jagger Berman and Skyler Morrison Berman. The couple has been married for over two decades now and their relationship is going very well.

Who is Rachel Zoe?

Rachel Zoe is an American fashion designer, businesswoman, and writer. She is widely famous for her works with many celebrities, fashion houses, beauty firms, advertising agencies, and magazine editors. Rachel has been working in the fashion industry for two decades now. She has her own Bravo reality television series called The Rachel Zoe Project.

Talking about her early life, Rachel Zoe was born on 1 September 1971, in New York, USA. Her nationality is American and her ethnicity is Ashkenazi Jewish.

Rachel completed her high school education at Millburn High School. After that, she attended George Washington University, where she studied psychology and sociology. She graduated from there in 1993.

After university graduation, Rachel moved to New York City to pursue her career in the fashion industry.  She initially began her career as an editor at Gotham and YM magazines. Shortly, she began working as a fashion stylist. She gained popularity with her early works with Brenda Song, Backstreet Boys, Lindsay Lohan, Mischa Barton, and Mario Orejel. She then worked with Judith Leiber on a line of luxury bags. After that, she worked as the face of Samsung’s BlackJack cell phone national ad campaign.

Rachel made her TV debut in 2008, in her reality series, The Rachel Zoe Project. After that, she founded a free daily newspaper called “The Zoe Report” the following year. She released her first contemporary collection of clothes and footwear in 2011. She then released her second book titled “Living in Style: Inspiration and Advice for Everyday Glamour” in 2014.

Rachel Zoe: Salary and Net Worth

She has a net worth of $16 million but her salary is not revealed yet.

In 2011, Rachel was criticized for dressing Oscar’s host Anne Hathaway in 8 looks at the Oscar ceremony. She has been criticized a few times by media and fans for making size-zero dresses for celebrities. Currently, there are no rumors of her being in any affairs. Also, there are no rumors regarding her professional life. She has not been in any controversy till now.

Also get to know more about the birth facts, education, career, net worth, rumors, height, social media of different personalities like Rachel Zoe and Mary-Kate Olsen.

Actress Rachel Bilson winning the Bridesmaid Game!! Flaunting her Perfect Curves in one of the Best Dress as a Super-Stylish Bridesmaid This Weekend!!