Racquel Natasha and Avicii were together a long time ago. The ex-couple even lived together in California. They shared a lot of pictures of them having fun together via social media. However, they split in the year 2014 without citing any reasons.

Currently, there is a rumor stating Natasha is the lover of Canadian actor, Tyler Hynes. However, none of them have accepted or denied it. 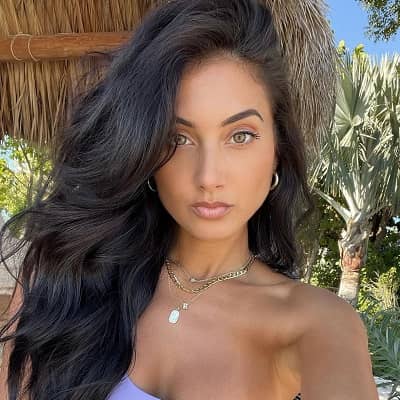 Who is Racquel Natasha?

Racquel Natasha is an American Model and Blogger. Natasha is popularly known as the girlfriend of the late Tim Bergling aka Avicii a Swedish DJ, songwriter, and musician. In addition, she also gained media hype as a rumored girlfriend of Canadian actor, Tyler Hynes.

Racquel Natasha was born on August 17, 1987. She hails from Guyana but later move to Los Angeles. As of 2022, she will be celebrating her 35th birthday.

She was born to her mother, Suseiqdesa also available on Instagram with the username @suseiqdesa. However, she has not talked about her father. Likewise, she seems to be the only child of her parents as she hasn’t talked about any siblings.

She holds the citizenship of America and her zodiac sign is Leo. She has not shared any insights into her education.

Racquel has had many careers in the media limelight. However, she excels when it comes to blogging and modeling. As a blogger, she writes about fashion, beauty, lifestyle, and travel. She started blog writing in the year 2014.

She also worked as a commercial model and collaborated in campaigns with pop singer, Jessi Malay. Moreover, she appeared in the movies The Big Shot and The Taker.

Natasha is an owner of the luxe swimwear, Natasia Swim Wear. Nonetheless, she gained immediate hype after dating the late Tim Bergling aka Avicii.

Natasha is the holder of the title ‘Playmate of the Year.’

There has been a huge rumor stating Natasha is the lover of Canadian actor, Tyler Hynes. It began when Tyler posted a picture of his lover and his dog saying ‘missing my girls’ on 17 February 2017. However, the post has already been deleted. They have never accepted or denied their relationship allegations.

Natasha is blessed with an average height and weight. According to her body shape, we can guess that she follows her diet routines and body workout strictly. Similarly, she has charming hazel eyes and dark brown hair.