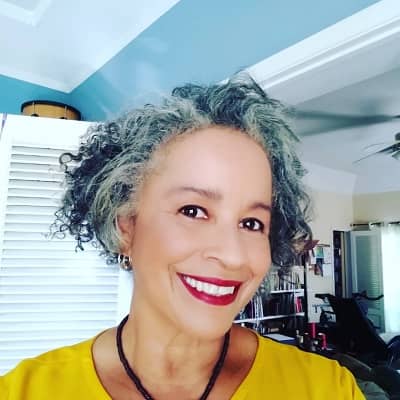 With respect to her family life, Rae has been married three times.

Her first marriage was with Owen Bayliss, a stockbroker. They had a son named Morgan Bayliss together. While their date of marriage is uncertain, their marriage

She lived alone for a long time after her second divorce, but later she met and fell in love with Nathan Ulrich and started dating. After a couple of years, both of them tied the knot in 2011. However, much like her two past relationships, this one didn’t last long, either. They eventually divorced in 2014 after three years of marriage.

Right now, Rae Chong is a single woman who’s not dating anybody. Dawn is a devoted mother who admitted that her dad set a strong example by teaching her things to avoid as a parent. Therefore, she gives preference to her son and loves him very much.

Who is Rae Dawn Chong?

The first daughter of comedian/actor Tommy Chong, Rae was born in Edmonton, Alberta, Canada on 28 February 1961. Her father was of Chinese and Scottish-Irish ethnicity, and her mother was of African Canadian descent, Gail Lewis.

Her half-sister, Maxine Sneed Robbi Chong, is a model and an actress. She has three younger half-brothers (one adopted) and their father’s second wife’s half-sister. Two of her sisters and her adoptive brother, Marcus Chong, also chose acting careers, in addition to Rae Dawn.

According to Chong her great grandfather left a poor village in China in the 1930s to live with an aunt in Vancouver.  Because of racial discrimination, Chinese immigrants were mainly sequestered in a small area, and that even though he spoke Cantonese, he declined to teach it to his children or grandchildren.

According to Rae, her grandfather had a great deal of racial guilt and shame, which made growing up hard for us… she grew up very keen to know something about her Chinese culture. But later in life, her grandfather saw the mistake of his ways and accepted his heritage.

There are no details about her school life and college education.

Chong’s TV acting career began in 1974 when she appeared in “Walt Disney’s Wonderful World of Color,” which earned Rae a lot of publicity as well as fans who were intrigued by her acting skills. She went on to appear in various television series, such as “Top of Hill” and “9-1-1,” a film in which she had the chance to act alongside Oliver Stark, Angela Bassett, Peter Krause, and Aisha Hinds. Her years as an actress extended back to the late 90s.

Rae made her big-screen career in 1978 when she starred in a movie called “Stony Island.” She also appeared in the “Commando” movie with her film credits, including movies such as Who Lives at Home,” “deadly skies” and “Cyrus.”

The rise of Rae Chong to stardom came when she starred in “Quest for Fire” in 1981.

In 1990, she was in the popular film “Far Out Man,” and was part of Mick Jagger’s love interest in the movie “Just Another Night,” and was selected for Ann Lindsey’s appearance in “Highlander: The Series.”

In addition to acting, Rae was also part of the music video for the song “Just Another Night” by Mick Jagger. She was also in the production of “Oh, Kay” at the Richard Rodgers Theater in New York.

In 1983, she received the Genie Award for Best Performance by an Actress in Leading Role, before starring opposite her father in the film “Cheech & Chong’s The Corsican Brothers” the following year.

Rae has managed to accumulate a lot of money during her acting career. On average, the actor receives approximately $50,000 in salaries, without commission, benefit-sharing, and incentives.

Some of her films made in millions of dollars, including The Purple color,” which collected more than $98 million. And “Commando,” which earned more than $87 million.  The expected net worth of Rae Chong’s is about $4 million by authoritative websites.

Her Ex-husband Nathan Ulrich was on a plane with his brother when the plane vanished in the Bermuda Triangle in 2017.

Later the remains of the aircraft were found by the search team and the search was concluded.

Rae is a very beautiful and cute actress, she stands 5ft 8inches tall, she weighs around 55kg.

her body measurements are 35-27-26 inches. she has a very slim body, her bra size is 34B. Rae has very attractive dark brown eyes as well as her hair color is also Dark Brown.

59 years old Rae is active on social media platforms but she didn’t have followers like many other famous personalities.

On Instagram, she has 4,566k followers but she is following people like current U.S. President Joe Biden and former U.S. president Barack Obama.

On Twitter, she has 4,883k Followers and she is following people like Michelle Obama, and Joe Biden.

On Facebook too she has very few fans following around 4,939k followers following her.