The couple started dating in 2015 and are together since then. Previously, Amaya was in a relationship with actress, Ana Layevska from 2006. They met for the first time while working on the telenovela Las dos Caras de Ana.

The former couple was about to get married in 2010 but unfortunately, they separated from each other. Rafael was also dating actress Angelica Celaya whom he met in the telenovela Alguien te mira. They got engaged in 2014 but soon ended their bonding in 2015. 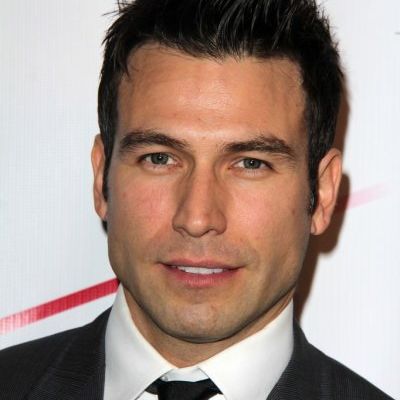 Who is Rafael Amaya?

Rafael Amaya is a well-recognized Mexican actor and television personality. Amaya is widely famed for his role of Aurelio Casillas in the Telemundo series, El Senor de los Cielos.

Rafael Amaya was born on 28 Feburary 1977. At present, he is 44 years young star. Likewise, his birthplace is Hermosillo, Mexico.

Rafael is the son of his father, Rafael Angel Amaya whereas his mother is Rosario Nunez de Amaya. Moreover, he has a sister named Fatima Amaya.

Talking about his nationality, Amaya holds a Mexican identity whereas his ethnicity is Mexican.

Regarding education, the actor enrolled in the Centro de Educacion artistic of Televisa and tried to enter the world of music and another group, Garibaldi, with he recorded two albums.

Moreover, Amaya was also part of the cast of Las vias del Amor. In 2003, he earned a leading role in the telenovela Amar Otra Vez alongside Iran Castillo and Valentino Lanus.

In February 2008, the actor started working in 24 Cuadros de terror where he played a serial killer. He also performed in the romantic comedy film, Amor Letra por Letra with Plutarco Haza and Silvia Navarro.

In 2013, the actor appeared in the cast of the television film on Hallmark Channel titled, Meddling Mom which started filming in 2012 where he played the role of Pablo. Rafael has won the prize three times consecutively in all the awards galas of Premios Tu Mundos.

A famed Mexican star, Amaya has earned a handsome amount of money from his profession. He has been active in his profession from the year 2000 till the present.

It is reported that Rafael Amaya has an estimated net worth of $5 million as of 2022.

Rafael has never been part of any controversial matter or rumors till now. The star has been preoccupied with his professional and private life.

It seems that Amaya prefers enjoying his personal life and does not want to merge it with his professional life.

44 years young star, Rafael has handsome looks and an admirable personality. He stands at a height of 6feet 2inches. Also, he has a balanced body weight of 84 kg.

Furthermore, Amaya has dark brown eyes whereas his hair is black. His body measurement is 42-35-15 inches(chest-waist-biceps) respectively.

Regarding his social media presence, Rafael Amaya is an active personality on social media. Rafael has more than 2.7 million followers on his official Instagram account @rafaelmayanunez.

He is also active on Twitter with around 430k followers.

Moreover, Amaya is also available on Facebook with nearly 2.9 million fans and supporters.