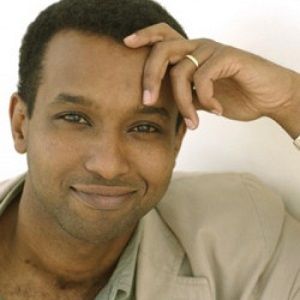 Omaar is a married man. He is married to Georgiana Rose Montgomery Cunningham. The couple tied the knot in the year 2000. The couple lives in Chiswick, West London, and are blessed with three children: Zachary Omaar, Sami Omaar, Loula Omaar.

Who is Rageh Omaar?

Rageh Omaar is a consistent journalist, news presenter, and a decent writer. He is popular for his work and his patience in his career development.

Omar is born in a wealthy Habr Awal Isaaq family from Hargeisa, Somalia on July 19, 1967. His family was Muslim originally from Hargeisa. His father’s name was Abdullahi Omaar and mother name was Sahra Omaar. He moved to the United Kingdom when he was two years old. He has several siblings among them his elder brother, Mohamed Abdullahi Omaar, who was a former Foreign Minister of Somalia. His family has traveled far and wide, throughout Africa, the middle east, and Europe. Due to this, during his teenage, he had shown interest in journalism.

Omaar studied in two independent schools, The Dragon School in Oxford and Cheltenham College in Gloucestershire. Later, he studied Modern History at the University of Oxford.

During his teenage, he had shown interest in Journalism and later walk the same path. He began his career as a trainee at The Voice newspaper in Brixton and worked there for a short time on the magazine City Limits before he moved to Ethiopia in 1991 to be a freelance reporter for the BBC World Service.

A year later, Omaar returned back to London to work as a producer and broadcast journalist for the BBC channel. Then, he moved to South Africa after being appointed by BBC’s Africa correspondent. Omaar’s wife and children were also shifted there through 2004, and his regular commuting made his domestic life a challenge.

Some of his best work includes live reporting of conflicts in Iraq and Somalia. Besides this, he also covered Iraq invasion for the news network he was working on, weekday BBC News bulletins and BBC News. In September 2006, Omaar joined AL Jazeera English as a Middle Eastern correspondent for its London Division. He also hosted the program The Raegh Omaar Report and also presented nightly weekend documentary series Witness.

In January 2013, there was an announcement that Omaar would be joining ITV News as a special correspondent. Then on October 15, Omaar got promoted to Deputy Newscaster of ITV News at 10. Then after, since September 2017, Omaar also presented the ITV Lunchtime News including the ITV News London Lunchtime Bulletin and the ITV Evening News.

In 2003, Omar received an award of a recipient of an Ethnic Multicultural Media Academy for being the best TV journalist. Later, he was presented in the Arab Media Watch Award for Excellence in Journalism in the year 2008, 2014 and 2015. Omaar was also nominated for the Services to Media award at the British Muslim Awards.

Omaar has Net Worth of 1 million dollars.

Once, Omaar traveled to Somaliland in December as ITV News, International Editor.  He was to report on the drought crisis and its effect resulting in the devastation of the country. That report was broadcast on ITV on Tuesday which resulted in protests from Somalia Twitter users on the topic Omaar referred to the country as Somaliland.

There is no information about his body weight and height but he has a fine body with black hair and black eyes.