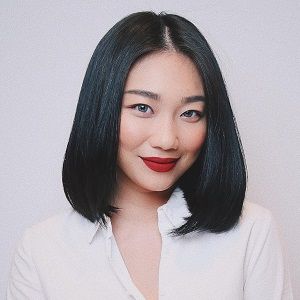 Raiza Contawi is an unmarried woman. So far, she has never been involved in any affairs. Moreover, Raiza has never been spotted with any man in the public and media.

Although, she has once posted a video titled BOYFRIEND DOES MY MAKEUP. However, she didn’t disclose the news regarding their relationship.

Raiza Contawi is a Filipino YouTuber as well as an Instagram star. Currently, she has earned over 600k subscribers on her YouTube channel.

Raiza was born on November 5, 1991, in Manila, Philippines. Talking about her nationality, she is Filipino and her ethnicity is also Filipino.

From the beginning of her childhood, she had a keen interest in makeup as well as on social media.

Moving towards her education, she completed her graduation in B.S. in commerce from Far Eastern University in Manila, Philippines.

Raiza began her career as a YouTuber in 2015. Since then, she has been posting various makeup videos on her channel. Currently, she has earned over 600k subscribers on her YouTube channel.

On her YouTube videos, she posts various tutorials relating to makeups and product reviews. Apart from that, she has also worked as a marketing assistant and makeup artist for Purebeauty Philippines.

Additionally, she is also a social media star with more than 86 followers on Instagram and 26K followers on Facebook.

Being a famous YouTuber and Instagram star, she earns a healthy amount of money from her profession. However, her salary and net worth are unknown.

As of now, Raiza has not won any awards in her career. Although, she has been doing great stuff and her works have been also loved by many people around the world.

So far, there are not any drastic rumors regarding her personal and professional life. Moreover, Raiza has never faced any controversy in her career to date.