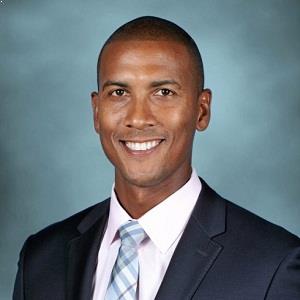 We sell to kids and people who are into the NBA hip-hop world. They may be marketing to the wrong people with this

The last two years in Utah were a lot more methodical, a lot more structured with rules within that structure

It was embarrassing. We were getting beat pretty good. I had been struggling. I guess I had been moping a little. I just decided I wasn't going to do it anymore. . . . At this time of year, it's about being in attack mode. Win or lose, make or miss, you have to be on the attack. We have to be like that in Game 3.

Reflecting on a personal life of Raja Bell, he is married to Cindi Greenman. The couple got into a married relationship in July 2004 after being in a romantic relationship for several years. They have been with two children, Dia born on 2 May 2007 and Tai Brooklyn Bell on 9 November 2008.

Who is Raja Bell?

Tall and handsome Raja Bell is a well-known retired American professional basketball player who was named twice NBA All-Defensive Team in his career. He is the Director of Player Administration for Cleveland Cavaliers.

Retired professional basketball player Raja Bell was born in Saint Croix, Virgin Island on 19 September 1976. He is of African-American ethnicity and has an American nationality.

His mother’s name is Denise Bell and father’s name is Roger Bell. He has five siblings, Brooklyn, Tyler, Destiny, Jack, and Tombi Bell. He grew up in Miami, Florida.

He studied at Ponce De Leon Junior High, Gulliver Academy, and Miami Killian Senior School. He joined Boston University where he was America East Conference Freshman of the Year.

Talking about career journey of Raja Bell, he started playing basketball professionally from Philadelphia 76ers in 2001. He is active in the sports field since 1999 and retired playing in 2013.

Previously he was playing from Yakima Sun Kings but left it in 2000. Being a free agent he signed with San Antonio Spurs on 2 August 2000 but never played a game and eventually released. After being released he signed with Philadelphia 76ers on 16 April 2001 which made his career blossom.

On 1 October 2002, he signed with a Dallas Mavericks and on 26 September 2003, he joined Utah Jazz. After the completion of his tenure, he signed with Phoenix Suns on 3 August 2005. He played alongside with Kevin Nash on the Suns. He was selected to compete in 2006 NBA Footlocker Three-Point Shootout but he did not participate and replaced by Gilbert Arenas. On 5 January 2007, he was suspended for a game for kicking Andrea Bargnani in a game against Toronto Raptors.

On 11 December 2008, he was traded to Charlotte Bobcats and again got traded to Golden State Warriors on 16 November 2009. After being released from the team on 22 March 2010, he signed a three-year contract to return to Utah worth $10 million but stayed away from the team during 2012-13 seasons.

On 13 February 2014, he had announced his retirement and came back as the team’s Director of Player Administration for the Cleveland Cavaliers on 1 October 2014. His success in career path has paid him well financially.

Raja Bell: Salary and Net Worth

Raja was listed in one of the top five most pissed-off NBA players of the year 2012. He is called as one of the unhappy players and used to create controversy intentionally in the locker room.


Raja Bell has a height of 6 feet 5 inches and weighs 95 kg. His hair color is dark brown and eye color is brown. His shoe size is unknown.

Truth revealed: About Kendall Jenner’s refusal to film ‘Keeping up with the Kardashians’, her rising modeling career and more…: