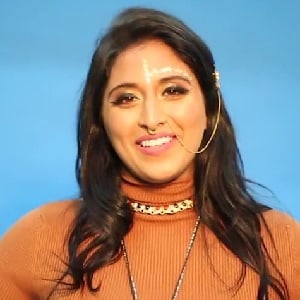 What is the relationship of Raja Kumari?

Rao has kept the information about her love-life a secret. There are no records available of her past and present relationships. At present, she is believed to be single.

Who is Raja Kumari?

Raja Kumari (Svetha Rao) is an Indian American songwriter, rapper, and recording artist. People mostly know her for her collaboration with some of the famous names in the music industry including, Fifth Harmony, Gwen Stefani, Iggy Azalea, and Fall Out Boy among others.

Rao was born in Claremont, California on January 11, 1986. She was interested in the world of classical dance from an early age and hence danced at the age of 7. She is of American nationality. Furthermore, she belongs to Indian ethnic background.

Talking about her education, Rao has a Bachelor of Arts degree in religious studies.

Rao initially discovered hip-hop through the Fugees’ album while she was in her fifth grade. Additionally, she has since then written several songs and has collaborated with numerous artists. She has worked with Gwen Stefani, Fifth Harmony, and Iggy Azalea. She released her mixtape titled ‘Curry Sauce Vol. 1’ in 2016. In addition, her EP ‘The Come Up’ was released in 2016.

Rao won the  BMI Pop Awards in 2016. Additionally, she has also garnered a Grammy Award nomination.

Rao has not revealed her current salary. As of 2022, she has an estimated net worth of $1-5 million.

Rao has not been part of any notable controversies in her career. Additionally, at present, there are no rumors concerning her life and career.

Talking about her body measurement, Rao has a height of 1.73 m. Additionally, her hair color is black and her eye color is dark brown.