Ralph Fiennes is an English actor, film producer, and director. Ralph is not in a relationship with anyone.

Ralph Fiennes is a divorcee. Previously, he was married as well as had affairs.

In the year 1993, Ralph married the British actress Alex Kingston. After two years of their marriage, the couple separated on October 13, 1995. They officially got divorced on October 29, 1997.

Ralph was in relation to the British actress Francesca Annis in 1995. They both were in a relationship for 11 years and separated in 2006.

Fiennes met Amanda in 2006 and since then they are dating each other from time to time. The same year, he dated an American actress Ellen Barkin for some time.

Fiennes was in a relationship with the American singer, the popular Patti Smith. Their relationship lasted for a short period before they split in 2009. 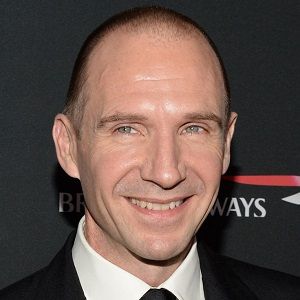 When children were introduced to Lord Voldemort, they looked suitably terrified. Which gave me great gratification.

Awards are like applause, and every actor likes to hear applause.

Who is Ralph Fiennes?

Ralph Fiennes is a well-acclaimed English actor and filmmaker. He is renowned for playing mysterious characters, menacing as well as sadistic villains.

Back in the 1990s, he earned critical acclaim for his roles in blockbuster films such as Schindler’s List (1993) and The English Patient (1996).

The talented actor is probably best known to moviegoers for his role as the villainous Lord Voldemort in the highly successful Harry Potter film series.

Ralph was born on 22 December 1962. His birth name is Ralph Nathaniel Twisleton- Wykeham- Fiennes. His birthplace is Ipswich, Suffolk, England.

When he was a child, his family was not well off, and financially challenged.

All of his parents are working in the entertainment field, for instance, Martha is a director, Magnus is a musician, Sophie is a producer whilst Joseph is an actor.

Fiennes attended St Kieran’s College for a year before he moved to Newtown School in County Waterford. During his high school years, his family moved to Salisbury, England where he needed to precede his schooling at Bishop Wordsworth’s School.

After graduating, he attended Chelsea College of Art, where he studied painting. He trained in acting at the Royal Academy of Dramatic Art from 1983 to 1985.

Ralph Fiennes started his acting career at the Open Air Theatre as well as the National Theatre before eventually gaining prominence at the Royal Shakespeare Company.

Fiennes marked his big-screen debut in 1992 as the lead star of the epic film Emily Brontë’s Wuthering Heights. The following year, he got his breakthrough role in Steven Spielberg’s highly acclaimed historical drama film Schindler’s List (1993), which was a box-office hit.

His role in the movie as Nazi concentration camp commandant Amon Göth earned him an Academy Award nomination for Best Supporting Actor, a Golden Globe nomination, and he won a BAFTA Award for the role.

The talented actor also put up a good show as the lead character Count László de Almássy in the war drama film The English Patient.

Having established himself as a capable leading man, Ralph Fiennes recorded further notable roles in films like The Prince of Egypt (1998), Red Dragon(2002), Maid in Manhattan (2002), The Constant Gardener (2005), as well as the highly acclaimed animated comedy Wallace & Gromit: The Curse of the Were-Rabbit (2005).

Moreover, his role as Lord Voldemort in the fantasy film Harry Potter and the Goblet of Fire (2005) remains one of the most notable roles of his career.

Likewise, he assumed the role of Gareth Mallory/M in the James Bond series Skyfall (2012) and also reprised his role in the subsequent installment Spectre (2015).

The talented actor also gave delivery in the 2014 comedy film The Grand Budapest Hotel (2014) starring as the lead character.

He has won most of his awards for ‘Schindler’s List’—BAFTA, Boston Society of Film Critics Award, and Chicago Film Critics Association Award.

Ralph Fiennes had a meteoric rise to fame barely a few years after beginning his acting career. He has since featured in several blockbuster movies in his over 2-decade career.

Ralph has also delved into other aspects of showbiz as a producer and director. Thanks to his illustrious career and other ventures, the all-around movie star has amassed a net worth of $40 million as of 2022.

He doesn’t seem to be active on social media platforms. And his Facebook page holds 4K followers.

Also, read the affair, salary, the net worth, controversy, and the bio of Marita Stavrou, Sophie Von Haselberg, Emily Rudd