Updated On December 30, 2022 | Published By: Claude Payton
Share this
Married 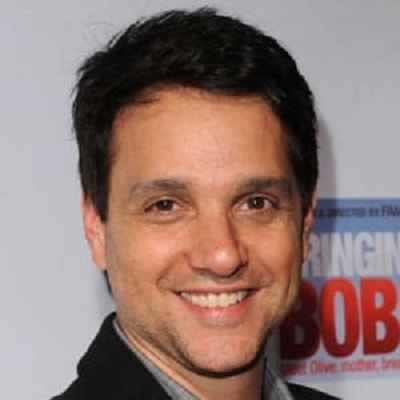 The truth is, you have a much richer life if you somehow lead one that you can hold together.

Bullying happens at all ages and levels.

To me, in life, if you have a sense of humor about it, that's how you deal with anything.

What is the relationship of Ralph Macchio?

Ralph Macchio is married to a nurse. He has tied the knot to Phyllis Fierro on April 5, 1987. The couple met first time through Ralph’s grandmother.

This couple has welcomed two children: Julia Macchio in 1992 and Daniel Macchio in 1996. The family is currently living in Long Island, New York.

Their daughter, Julia has portrayed a small role of club-goer in the film ‘Girl Most Likely’ in 2013.

Who is Ralph Macchio?

Ralph Macchio is an American actor who is widely recognized for his performance as Daniel LaRusso in ‘The Karate Kid’.

Also, he is recognized as Bill Gambini in ‘My Cousin Vinny’, Eugene Martone in ‘Crossroads’, and Johnny Cade in ‘The Outsiders’.

He was born on November 4, 1961, in Huntington, New York, USA. His birth name is Ralph George Macchio Jr. and he is currently 59 years old.

Ralph holds American citizenship and his ethnicity is a mix of Italian and Greek.

He attended Half Hollow Hills West High School and graduated from there in 1979.

He began his career appearing on American television commercials for products such as Dr. Pepper and Bubble Yum.

He made his television debut from the main role of Jeremy Andretti in the comedy-drama series ‘Eight Is Enough’ and appeared in the series from 1980 to 1981.

Furthermore, he made his guest roles in ‘The Outer Limits, ‘Afternoon Playhouse’, ‘Chicken Soup for the Soul’, ‘Law & Order: Criminal Intent, Kevin Can Wait, and many more.

Likewise, Ralph Macchio debuted his on-screen career from the teen comedy film ‘Up the Academy’ in 1980.

Furthermore, he made his appearance in ‘Dizzyland’, ‘The Office Party’, ‘Psych: The Movie’, etc.

He won Jury Award in the category Best Drama Short Film for ‘Across Grace Alley’ in 2014.

Also, he was nominated for Young Artist Award in the category Best Young Actor in a  Television Special for ‘Eight Is Enough’ in 1982.

She has an estimated net worth of around $4 million as of 2022 and he has earned that sum of money from his professional career.

Also, he earns $1 million per season from the series Cobra Kai’.

Is Ralph Macchio involved in any rumors and controversies?

There was a rumor of the sudden death of this actor.

But later, this rumor turned out to be false. At present, there are no controversies or rumors about him.

Ralph Macchio has dark brown eyes and black hair. He has a height of 5 ft. 8 inches and weighs 72 kg.

But, other information regarding Ralph’s shoe size, dress size, etc. is not available.