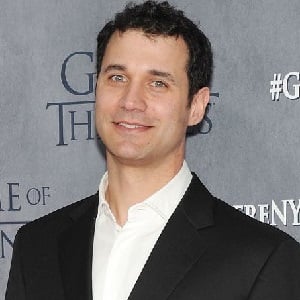 What is the relationship of Ramin Djawadi?

Ramin Djawadi is a married man. He is married to Jennifer Hawks. His wife is a music executive in the film industry.

They have twins from this marriage. Djawadi’s wedding is going strong as there is no news regarding any extramarital affairs at present.

Who is Ramin Djawadi?

Ramin Djawadi is a German composer. He has provided music for numerous movies and television series like ‘Game of Thrones’, ‘Person of Interest’, ‘Westworld’, ‘Clash of the Titans, and A Wrinkle in Time’ among others.

Additionally, he won an Emmy Award for the Game of Thrones episode ‘The Dragon and the Wolf’.

Djawadi was born in Duisburg, Germany on July 19, 1974. He is the son of Ghafur Djawadi (father). His mother’s name is unknown.

Since his childhood years, he developed a keen interest in music. He is of German nationality. Furthermore, he belongs to a mixed ethnic background of Iranian and German.

Talking about his education, Djawadi studied at Berklee College of Music and graduated in 1998.

Djawadi initially joined ‘Remote Control Productions’. Later, he began working as an assistant to Klaus Badelt after moving to Los Angeles. In 2003, he worked as a composer for ‘Beat the Drum’.

Additionally, he also provided the score for ‘Saving Jessica Lynch and ‘Thunderbirds’. Since then, he has worked as a composer for several other movies and television series. He has over 15 credits for soundtracks.

Some other movies and television series that Djawadi has worked on are ‘Tom Clancy’s Jack Ryan’, ‘Slender Man, ‘The Strain’, ‘The Mountain Between Us’, ‘The Great Wall’, ‘Warcraft: The Beginning’, ‘The Wild Life’, ‘Dracula Untold’, ‘Thunder and the House of Magic’, ‘Red Dawn’, ‘A Turtle’s Tale 2: Sammy’s Escape from Paradise’, ‘Breakout Kings’, ‘Safe House’, ‘Flashforward’, ‘Medal of Honor’, ‘Iron Man, and ‘Deception’ among others.

Djawadi has not revealed his current salary. As per 2022’s data,  he has an estimated net worth of around $5 million at present.

Djawadi has not been part of any notable controversies in his career. At present, there are no rumors concerning his life and career.

Talking about his body measurement, Ramin Djawadi has a height of 6 feet 1½ inches and a decent weight. Additionally, his hair color is dark brown and his eye color is hazel.

This composer is active on social media. He has a huge number of followers on social networking sites such as Facebook, Twitter as well as Instagram.