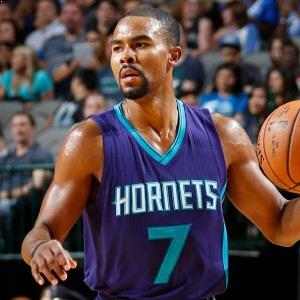 Who is Ramon Sessions?

Ramon Sessions is a well-known professional American basketball player. He is best known as the player from Charlotte Hornets of National Basketball Association (NBA) wearing a jersey number 7. He often plays from a guarding position.

He was raised along with his elder sister Sheena. He is of African- American ethnicity and has an American nationality. Since childhood, he had built up a strong interest in basketball.

He studied at Myrtle Beach High School in Myrtle Beach, South Carolina and attended the University of Nevada for his further study.

Talking about career journey of Ramon Sessions, he has been active in the professional basketball game since 2007. He started playing basketball professionally after being selected by the Milwaukee Bucks in the 2007 NBA draft. He was sent to Tulsa 66ers where he was the first player to be assigned to the NBA Development League during 2007-08 seasons. Later he was called on Bucks to play in January 2008.

On 22 September 2014, Sessions joined Sacramento Kings but soon he was traded to Washington Wizards on 19 February 2015. He was sent to the Wizards in exchange for Andre Miller. On 7 July 2016, he returned to the Charlotte Bobcats which is now known as Charlotte Hornets.

Ramon Sessions: Salary and Net Worth

There is no information about his salary and as per 2022’s data, he has an estimated net worth of $1 million.


He has a good height of 6 feet 3 inches with body weight 86 kg. He has black hair color and his eye color is also black.