Ramona Singer is a reality TV star known for the Bravo TV series The Real Housewives of New York City.

Ramona Singer is currently single. Previously, she was married to Mario Singer.

They married on 14th March 1992. Together they have a daughter Avery Singer. The two met each other at the same gym.

She filed for divorce on 30th January 2014 after she found her husband’s affair. Ramona caught her ex-husband spending time with a 28 years younger girl in their Hamptons home. Their divorce was finalized on 22nd December 2015.

After the divorce, she is hoping to find love again as per her Interview. 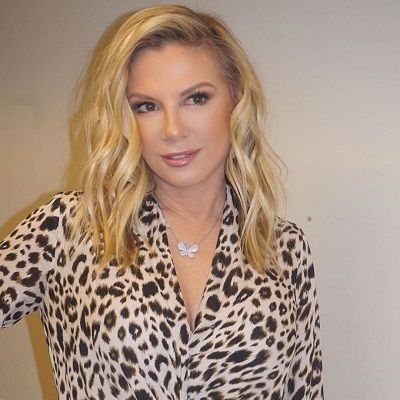 We all want to look younger, if you work on it in a timely, natural basis, you’ll look younger than what your chronicle age is.

There’s a Chicness about us that you don’t find anywhere else in the country. And everyone aspires to be like New Yorkers. There’s a savviness that comes with New York City.

Who is Ramona Singer?

Ramona Singer is a reality TV star known for appearing in the Bravo TV series The Real Housewives of New York City. Singer is the owner of her own line of white wine Ramona Pinot Grigio.

She is also an actress known for playing God in Blair’s Lair – The Delivery Guy.

Ramona Singer was born on 17th November 1956 in Long Island, New York, USA. She is the daughter of Bohdan Mazur and Veronika Mazur. Her mother was born in Budapest, Hungary so she is half Hungarian and her father was Ukranian American.

Her father was very abusive to her mother. He was abused when he was a child which resulted in him being abusive towards her mother.

Ramona attended the Fashion Institute of Technology in New York. She graduated with a BS in marketing from the University’s four-year honors program.

Ramona was the contestant of the Bravo TV series The Real Housewives of New York City. She was in the fourth season of the show along with another contestant Alex McCord, Jill Zarin, Kelly Killoren Bensimon, Cindy Barshop and others.

Ramona has created her own line of white wine Ramona Pinot Grigio. She has also created her anti-aging skincare product Ageless by Ramona Skin renewal serum.

She claims that it is infused with vitamins, minerals, peptides and other good products.

The estimated net worth of Singer is $18 million. Her salary is around $500 thousand.

She has priced her Ageless by Ramona Skin renewal serum for $39.99 in Amazon. Ramona relisted her family condo in the Upper East Side for $4.25 million. Previously, she listed the 2500 square foot space for $4.995 million.

Singer was spotted with Andrew Caraoano on a romantic evening. They were rumored to be dating but she shut down all the rumor stating him to be a family friend. She claimed that he is like a brother to her.

Other than that, she has not been part of any rumor and controversy.

Ramona has blonde hair and brown eyes. She is 5 feet 5 inches tall and weighs around 64 kg.

Ramona has around 346k followers on her Facebook account which she joined on 17th February 2009. Similarly, she has 839k followers on Instagram and she is following personalities like Alicia Keys, Luann de Lesseps, Isla Fisher, Leah McSweeney, and others.

Reality star Ramona Singer speaks out about her marriage and divorce with her husband, Mario Singer: “I Reached My Breaking Point”