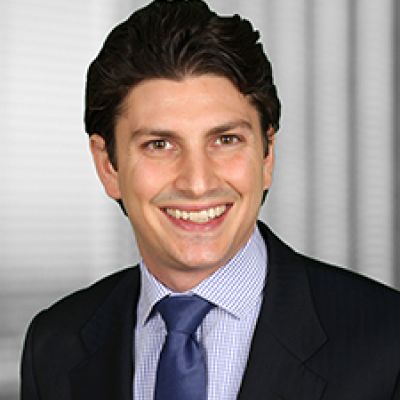 Talking about his relationship status, Ramzi Habibi is happily living a married life with Masiela Lusha. Masiela is a well-renowned Albanian-American actress who is known for her role of Cinderella in the play, The Last Dress Rehearsal, and Belle in Beauty and the Beast. They started dating in 2012.

The lovebirds later engaged in July 2013 and tied the knot on 28 December 2013 in Queenstown, New Zealand. They married with the help of Heli Wessings, New Zealand. For their wedding ceremony, the couple flew with two helicopters from Queenstown to Wanaka and Coromandel Peak.

At present, the couple has a son named Landon Lusha and is born on 13 February 2018.

Who is Ramzi Habibi?

Ramzi Habibi is a well-recognized financer, managing director, and celebrity husband. Habibi is widely famed as the husband of Albanian-American actress, Masiela Lusha.

Moreover, he is also known as the managing director and co-director of Oaktree Capital.

Ramzi Habibi has not revealed his exact birth date. He seems to be around 4o years old. Likewise, his birthplace is the United States of America.

Not much is known about his father and mother’s details, Ramzi has been secretive towards his family details. Moreover, he has not stated his sibling’s information in the public till now.

Talking about his nationality, Habibi holds an American identity whereas his ethnicity is still unknown.

Regarding education, the star studied B.S. in economics with concentrations in finance and organizational and information technology at the University of Pennsylvania’s Wharton School. Later, he is a charter member of the CFA Institute.

Professionally, Ramzi started his career at Oaktree as an associate in the US High Yield Bond decision in 2008. Earlier, he served at Lehman Brothers for two years in the position of investment banking analyst in the Financial Sponsors Group. Some of his past working experiences are Summer internships at SHUA Capital in Dubai, the United Arab Emirates, and PepsiCo in New York.

on the other side, talking about his wife’s career, Masiela began her career as a model and theater actress in Michigan. She then featured in the role of Cinderella in the play, The Last Dress Rehearsal, and Belle in Beauty and the Beast.

Lusha also featured the role of Umpa Lumpa and a Tap-Dancing Box in the play, Charlie and the Chocolate Factory. She has also performed on the Disney Channel series, Lizzie McGuire as the character Olivia in the episode Last Year’s Model.

However, the investor has not disclosed his exact salary, earnings, and assets details till now.

Ramzi has never been part of any controversial matter or rumors till now. The businessman has been preoccupied with his professional and private life.

It seems that Habibi prefers enjoying his personal life and does not want to merge it with his professional life.

Ramzi Habibi has handsome looks and an admirable personality. He has not stated his exact height but seems to be nearly 6 feet.

Furthermore, Habibi has hazel eyes whereas his hair is black.

Nevertheless, the famed star has never mentioned other physical details in the public yet.

It seems that he is enjoying his personal life and does not want to share it in media and public.