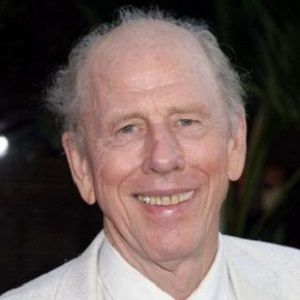 Rance Howard has been married twice in his life. His first wife was American actress Jean Speegle Howard. The couple got married in 1949. They together had two sons named Ron Howard and Clint Howard. Both of his sons are famous actors at the present time.  Their marriage ended up with Jean’s death on 2 September 2000. He then married his second wife, Judy Howard, a journalist on 29 June 2001. The couple doesn’t have any children together. Rance and Judy have been married for 16 years now and their relationship is going very well.

Who is Rance Howard?

Rance Howard is an American film and television actor.  He has appeared in numerous movies and TV films in his career.  He is widely famous for the portrayal of character Henry Boomhauer in the series Gentle Ben from 1967 to 1969.

From 1076 to 1979, he appeared as Ben Wilson in Happy Days.  Howard is the father of famous American actor and filmmaker Ron Howard and actor Clint Howard. He is also the grandfather of actresses Bryce Dallas Howard and Paige Howard.

Rance Howard was born on 17 November 1928, in Oklahoma, USA. He is an American by nationality and he is of German, English, Scottish, Irish, and remote Dutch ethnicity.

His birth name is Harold Rance Beckenholdt. He is the son of Engel Beckenholdt and Ethel Cleo Tomlin. Both of his parents were farmers.

Howard attended high school at his native place. After that, he enrolled at the University of Oklahoma, where he went to drama school. After university graduation, he served three years in the United States Air Force. He changed his name to Rance Howard after deciding to become an actor.

Rance Howard began his acting career in 1948. In 1948, he went to New York City for auditions and landed a job in a children’s touring company. After his first role, he became popular and started getting more roles in theaters and movies. After that, he played the part of Lindstrom in the touring company of the play Mister Roberts with Henry Fonda in 1950.

He made his feature film debut with his son Ron in the 1956 western movie Frontier Woman. He then made his TV debut in the series Kraft Theatre in 1956. Howard became widely popular for his role on television in 25 episodes of the 1960s TV series Gentle Ben. He portrayed Henry Boomhauer in the series Gentle Ben from 1967 to 1969. He has appeared in over 100 movies in his career.

Howard has appeared in several 1990s movies such as Universal Soldier, Apollo 13, Ghosts of Mississippi, Independence Day, Psycho, and The Night Caller. He also had roles in TV films including Diagnosis Murder, Problem Child 3, Married… with Children, and Just Shoot Me!. In 2013, he appeared as Woody Grant’s brother in the film Nebraska. He has appeared in most of his son Ron’s films including Splash, Cocoon, Apollo 13, A Beautiful Mind, Cinderella Man and Frost/Nixon.

Rance Howard: Salary and Net Worth

He has a net worth of $6 million but her salary is not revealed yet.

Currently, there are no rumors of him being in any affairs. Also, there are no any rumors regarding his professional life. He has not been in any controversies till now. He has a well-profiled character. Since he has no rumors and controversies, he is a man with a nice character. His amazing work makes him a greater person and everyone loves him for his work.

He has grey hair color and his eye color is blue. Besides this, there is no information about his height, weight, shoe size, and other body measurements.