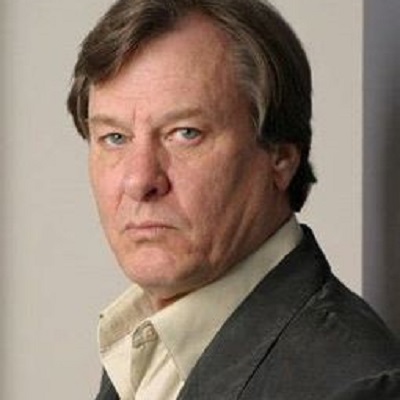 He is married to Emmy-nominated writer Shelley Herman on December 21, 2012. Shelley’s bridal party dress was black. Their dog Dudley carried the rings at their wedding ceremony.

Shelley is also an American actress and known for her work on Breakaway, Cybill, and Off the Wall.

Who is Randall Carver?

American Randall Carver is an actor.

He is well-known from his role as John Burns in comedy TV series, Taxi and as a Mr. Bankside, Movie There Will Be Blood.

As of December 9, 2015, Randall’s interview was published on YouTube.

His father Russell Carver is a successful businessman and also became President of the Hereford State Bank and his mother Virginia Carver is a three-time Life Master Bridge Player.

He grew up in his hometown Canadian, Texas.

Randall studied the Fine Arts program at the University of California, Los Angeles.

He portrayed the role of Councilman Schmutznik on TV Series Norm from 1999 to 2000.

In 1968, he appeared with a small role in his first feature film Midnight Cowboy.

He portrayed the role of Jeff Cole in the 1973 drama film Time to Run and as Jeffrey Devito in 1977 to 1978 TV series Forever Fernwood.

Randall appeared as a guest in many other TV series such as Emergency!, The Six Million Dollar Man, and The Waltons.

He is also part of the Comedy war series, The Six O’Clock Follies. This is a Vietnam-era series and he played the bad guy role Lt. Beuler.

Taxi is a comedy TV series, which was created by James L. Brooks, Stan Daniels, and David Davis.

It was first released in 1978, Randall portrayed the role of John Burns in the first season of series Taxi. While working in this series, he said that he got an opportunity to work with most talented people and gain more experience. He won the Medallion Award in 2007 for his role in Taxi.

Carver’s net worth is approximately $1.3 million US.

He has blue eyes and auburn hair.

He is not active in any social media.