While going through his relationship status, he is married to Erika Riker in 1995. The lovely couple has a daughter, Zoe, and a son, Jordan.

Previously, he was married to Elizabeth and the duo had a daughter, Taylor. Unfortunately, they separated after a divorce in 1990. 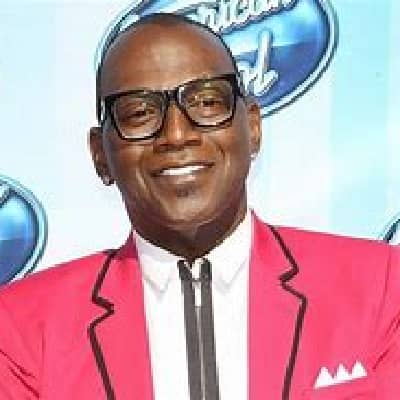 They all hate each other deep down, but they aren't going to say it on camera

I think the talent is better than ever, and it's more balanced than ever. There are some great boys and great girls. Every year that the show does well and the public tunes in, it validates it more, so better and better singers come out

I chalk up the fact that I got diabetes to my body saying, 'Dude, you have been doing wrong for way too long.

Who is Randy Jackson?

Randy Jackson is an American former record company executive, a bassist, a singer, and a well-known record producer.

In addition, he is popular for being a judge on the reality television show, ‘American Idol.’

He was born Randall Matthew Jackson on June 23, 1956, in Baton Rouge, Louisiana, U.S. His birth sign is Libra.

Likewise, he holds an American nationality and belongs to the all-American ethnicity.

Talking about his parent’s details, his father’s name is Herman Jackson, a plant foreman and his mother’s name is Julia who is a homemaker.

Moreover, he completed his bachelor’s degree in music from Southern University in 1979.

Initially, he began playing bass guitar at the age of 13. Similarly, in 1980, he played on three albums for Jean-Luc Ponty and with the rock band Taxi and he played a record by Italian pop star Zucchero.

Then, he became the bass guitarist on the 1991 self-titled Divinyls album which features the song “I Touch Myself. He has appeared on the singles “Bang Bang Bang”, “Open Arms”, and “Dreaming on a World”.

He has formed part of her band during numerous performances including Live 8 in London in 2005) to ‘Sync, Whitney Houston.

Jackson also hosts a radio top 40 countdown which is syndicated by Westwood One. His program name is Randy Jackson’s, Hit List.

Apart from that music career, he has been embroiled in the Fox Network reality television series American Idol as Judge from 2002. After serving as a judge for season 12, he announced that he would be leaving American Idol due to his interest in other business ventures.

Additionally, he was the vice president of artists and repertoire (A&R) at Columbia Records for eight years.

Firstly, he received a Grammy Award as a co-producer of the album ‘At last’ by Glady Knight in 2001.

Jackson has been nominated for the Primetime Emmy Award for five years.

Randy is a well economical person who has a net worth of $50 Million as of 2022. He generates income through his various professions.

His height is 5 feet 8 inches tall and his weight is around 100Kg.

Similarly, he has a dark complexion with bald hair his eye color is black.

Further, his weight loss journey began in 2003 when he underwent gastric bypass surgery and lost 52Kg after his diagnosis. However, after several years he has managed to keep the weight off and regained his health.

11 most luxurious branded bags in 2021. These celebrities have used them