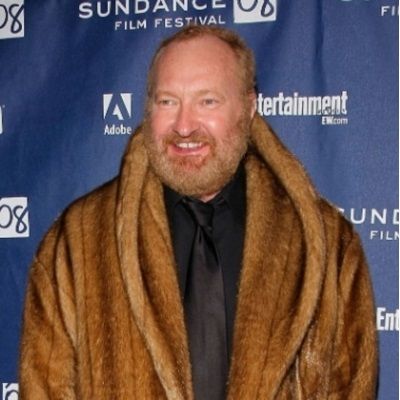 I am guilty of only one thing: giving a performance that elicited a response so deeply felt by the actors and producers with little experience of my creative process that they actually think I am Falstaff.

I went through this delayed adolescent thing. I didn't want to be tied down to a family.

Randy Quaid is married to Evi Quaid on the 5th of October 1989.

His brother, Dennis, actress Meg Ryan, and daughter Amanda attended their wedding in the San Ysidro Ranch. First, they met in the film set of Bloodhounds of Broadway in December 1987.

Previously, he was married to Ella Marie Jolly. Ella is a former model by profession. They married on the 11th of May 1980.

Together, they welcome their first daughter, Amanda on the 29th of May 1983. They parted their ways with divorce on the 9th of December 1986.

Who is Randy Quaid?

American Randy Quaid is an Oscar-nominated actor and producer. Quaid is renown as Meadows of the movie, The Last Detail.

Randy Quaid was born on the 1st of October 1950 in Houston, Texas, the U.S. His father, William Ruby is an electrician. His mother, Juanita Bonniedale, is a real estate agent. They are of English-Irish-Scottish ancestry.

He is the elder brother of Dennis Quaid, actor.

Randy attended the University of Houston in Texas. In the University he studied drama. Initially, he didn’t want to pursue acting but he enjoyed his acting classes.

Quaid as an Actor

During his University days, his teacher inspired him to give audition for the director, Peter Bogdanovich. He won the role in the audition and debuted with the film, 1971- Last Picture Show.

In the film, he played the character of Lester Marlow. The movie is based on the life of a group of high schoolers who are in the verse of isolation. The movie has two Oscars. With the movie, he established himself as a very strong actor.

After the movie, he was cast in the TV series, Night Gallery as John. In the same year, he featured in a comedy movie, What’s Up, Doc?  as Professor Hosquith with the director, Peter Bogdanovich. After a year, in 1973, he featured the movie, The Last Detail as Meadow.

In 1987, Randy featured portrayed the character of President Lyndon Johnson in LBJ: The Early Years. His character in the movie was highly appreciated by viewers and critics.

He said that he always wanted to play the character LBJ.
In the movie, 1992- Frankenstein he was cast as a monster which is truly different from his previous characters. Some of his Movies along with the year and character names are-

Last, in 2006, he featured the TV series, Texas Ranch House as Narrator. In the series, he contributed voice as the Narrator.

As a producer, he debuted with the movie, The Debtors. In the movie, he was an executive director. Last, he produced the documentary, Star Whackers. The documentary was based on Hollywood Assassins who are out for over a decade to kill Randy and his wife.

Apart from the TV and Movies, he also appeared in Theater also. In 2004, he was cast in the world premiere play of playwright, Sam Shepard, The God of Hell as Frank. Later, he featured Broadway hit True West.

-2009- VFCC Award for a best supporting role in Real-Time.

-1974- nominated for Oscar as Best Actor in Supporting Role.

Randy Quaid has light brown eyes with auburn hair. His height is 6 feet and 5 inches has a decent weight.