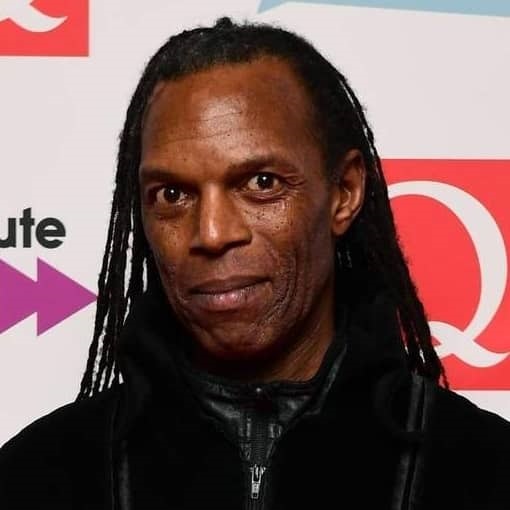 Ranking Roger was married and had 5 children but aside from that, there is no other information available about his marriage and family.

Who is Ranking Roger?

Ranking Roger was a British musician best known for being the vocalist of the band ‘The Beat’ and later of the band ‘General Public’.

Roger was born in Birmingham, England on February 21, 1963. He was born to parents Jean Baptiste Charlery and Anne Marie. Furthermore, Roger had four sisters and a half brother and another half-sister. Roger is of British nationality with West-Indian roots.

He had 5 children. His son Ranking Jr has followed on his footsteps and is also a singer.

Talking about his education, there are no details available relating to Roger’s educational background other than the fact that he went to Archbishop Williams School before entering the music scene.

Roger, first became a drummer for the band ‘Dum Dum Boys’. By playing with this band, he got to meet and perform together with a more famous band ‘The Beat’. Eventually, he went on to join ‘The Beat’ and released three albums namely ‘I Just Can’t Stop It’, ‘Wha’ppen?’ and ‘Special Beat Service’. These albums were liked by music listeners and critics alike.

The band broke up in 1983 which gave Roger and fellow ‘The Beat’ vocalist Dave Wakeling chance to team up and form a new band. As a result, ‘General Public’ was born. The band produced hit songs like ‘Tenderness’ and ‘I’ll Take You There’. After 4 years ‘General Public’ broke up and Roger tried his hand at a solo career with the album ‘Radical Departure’.

Over the years Roger collaborated with many different artists such as ‘The Police’ and ‘The Clash’.

As far as Roger’s Awards are concerned, he hasn’t won any significant award but he has sung many chart-worthy songs.

Roger had not revealed his salary. Furthermore, there are no details available about his estimated net worth.

Roger had not been involved in any notable controversies in his career. Furthermore, at present, there are no rumors concerning his life and career.

Talking about his body measurement, there are no details available about Roger’s height and weight. His hair color and his eye color both are black.

Though Roger is no longer around, the verified Twitter account in his name is still active and has 10k followers.