Raquel Pomplun is married to Alejandro Pomplun. Her husband, Pomplun serves for the US Navy. Also, he appeared in Chocolate Milk Series as an actor. The couple got married on the 20th of January 2010.

Last, on the 20th of January 2010, they celebrated their 10th (Tin) wedding anniversary. They are leading a happy married life with each other with full of joy. 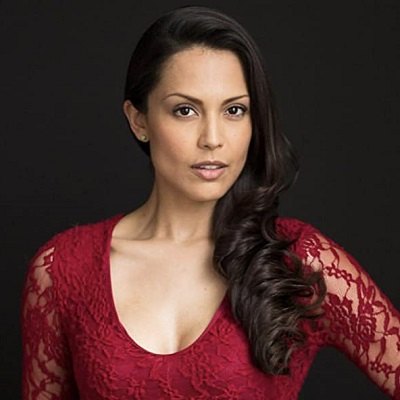 Who is Raquel Pomplun?

Next, she will be appearing in the movie, Muck: Chapter 1 as Maisy Pike. Currently, the movie is in the stage of pre-production. Also, she made an announcement about her upcoming movie, Kids Can.

Raquel Pomplun was born on the 24th of October 1987 in San Diego, California to Maria Lourdes. Her birth name is Raquel Lourdes Pomplun. She is of Germanic ethnicity with Spanish roots.

She has spent a major portion of her childhood in Tijuana, B.C., Mexico along with her mother, Maria. Also, she shares a strong bond with her two elder brothers.

Talking about her educational background, she has attended Southwestern college. In college, she took biochemistry as her major.

During her college days, Raquel Pomplun started her career as a model for the magazine, Playboy. Moving forward, in 2013, she became the Playmate of the year. At the time, she happened to the first Mexican-American to win the title.

Apart from Playboy, she has made her appearance in numerous magazines to advertise various companies. That includes companies like Mercedes-Benz and Paramount Pictures.

In 2013, she expanded her career as an actress with the movie, Snake & Mongoose. The movie is based on Auto racing between two friends; Don and Tom. In the movie, she appeared as a supporting character, Hillary.

The same year, she appeared in the TV series, Rocking’ Rounds as a lead character, Rockin’ Raquel. In 2015, she featured the series, Chocolate Mile Series as Raquel. Also, she happened to be the producer of the show too.

Moving forwards, she appeared in movies like The Taker, Warnings, and Bullet Ride. Apart from being an actor, model, and producer, she also happens to be a broadcaster and dancer too.

Since March 2018, she has been starting a new venture in stand-up comedy. Also, she performs in Flappers Comedy Club. Apart from that, she has been performing in various comedy contests too.

Apart from that, she also earns through her production works too.

As of now, she has managed to maintain her dignity as an actress and model. Till the date, she has not been through any sort of controversy and scandals that created a buzz in the media.

Apart from that, she has not been through any type of rumors too.

Also, she has a self-titled YouTube channel with over 1.44k subscribers and more than 50k views.

You may also read the bio of Michael Polish, Lara Jean Marshall, and Alexander Coppinger.