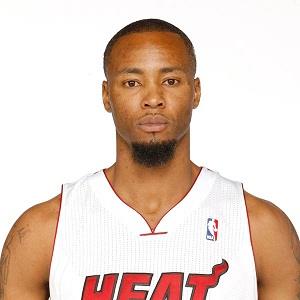 Nothing's promised. You got to go out there and earn it

I've never watched a race live from Ascot. I used to make sure I didn't miss Black Caviar run, but that wasn't at Ascot

Coming off the bench or starting doesn't matter to me one bit. I just want to win.

Reflecting on a personal life of Rashard Lewis, he is married to Giovanni Fortes. The couple got into a married relationship in the year of 2011.

They have been blessed with three children in their married relationship named Grayson, Gianna, and Rashard Jr.

Previously he was in a romantic relationship with Brooke Bailey in 2010 but that relationship couldn’t last for long. He also had an encounter with Rihanna in 2009.

Who is Rashard Lewis?

Tall and handsome Rashard Lewis is a well-known retired American professional basketball player. He is best known as the team member of Miami Heat that won a 2013 NBA Championship. He often played from the small as well as power forward position.

Former professional basketball player Rashard Lewis was born in Pineville, Louisiana. He was born on 8 August 1979. He is of African American ethnicity and has an American nationality.

Rashard Lewis has been active in the professional basketball game since 1998 and he retired in 2014. He started playing basketball professionally after being selected by Seattle SuperSonics in 1998 NBA draft. He played nine seasons for team SuperSonics where he was named twice All-Star. He recorded his career-high 50 points on 31 October 2003 against a match with Los Angeles Lakers.

He signed a six-year contract worth $118 million with the Orlando Magic in July 2007. He scored a biggest winning shot of his career in the first game of Eastern Conference Finals against Cleveland Cavaliers. On 6 August 2009, he was suspended for 10 games during a 2009-10 season after finding out using banned substances. On 18 December 2010, he was traded to Washington Wizards in exchange for Gilbert Arenas. He played 60 games for Wizards recording averaged 9.7 points, 4.9 rebounds, and 1.5 assists per game.

On 20 June 2013, Lewis signed a two-year contract with the Miami Heat where he won his first NBA Championship. On 19 July 2014, he signed with the Dallas Mavericks but his contract was terminated due to his right knee injury which required surgery. From onwards, he retired from his professional NBA career journey.

Rashard Lewis: Salary and Net Worth

He has accumulated a net worth of‎ $15 million But there is no information regarding his salary.

He was rumored to be sleeping with Lebron James’s girlfriend Savannah Brinson and suffered a controversy due to it.


Rashard Lewis has the height of 6 feet 10 inches. His body weighs 107kg. He has black hair and black eyes. Furthermore, there are no details regarding his body measurements.