Raven Gates is an American fashion boutique owner and reality star. She is engaged to her boyfriend Adam Gottschalk.

Raven Gates is engaged to her boyfriend Adam Gottschalk on May 31, 2019. He has also participated in the reality show ”Bachelor in Paradise” season 4.

Adam took her to the rooftop and proposed to her with a ring and a bunch of roses. The announcement was made through their social media on June 3.

The couple ended up together in Bachelor in Paradise. They have announced to marry next year. But due to the COVID-19 pandemic, this couple has postponed their wedding three times. 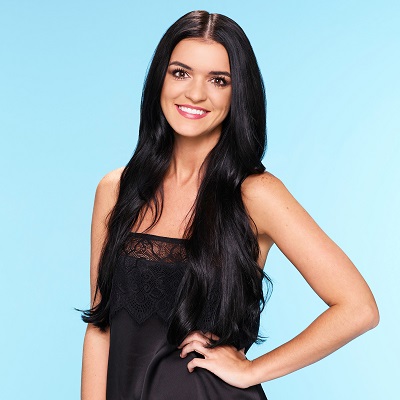 ''I’m keeping you forever and for always. We will be together all of our days. Wanna wake up every morning to your sweet face… Always.'' ''A lot of people don’t know this that I was in a very abusive relationship and there was a point where I was sexually assaulted and so I guess that’s why I took this kind of really personally. So I hope this situation doesn’t deter actual victims from coming forward and really speaking their truth and getting help and asking for help. I hope this doesn’t deter anybody.”

Who is Raven Gates?

She rocketed to fame in 2017 after appearing on the reality show ”The Bachelor” Season 21 competing for Nick Viall’s heart.

Raven was born on July 23, 1991, in Hoxie, Arkansas. She was born to Wesley and Tracy Gates along with one brother Weston.

Her mother is an elementary school teacher and principal for Hoxie, one of the Arkansas public schools. Her mom and dad have been together for more than 30 years. She is American by nationality.

Raven attended the University of Arkansas. She was crowned prom queen back in high school.

At the age of 24, Raven became the owner of a clothing boutique, Grey Suede. The store is located in Jonesboro, Arkansas, and sells a variety of shoes, dresses, accessories, and babies’ clothing via Baby Grey Suede. Now the store has many employees and thousands of fans on social media.

She became runner-up for Nick Viall’s heart on The Bachelor season 21 and competed with the other 29 contestants. She also appeared in Bachelor in Paradise season 4, The Bachelorette, and GMA3: Strahan, Sara & Keke.

Raven earns a good amount from her boutique, being a reality star, and her Instagram. Her net worth is around $200,000 as of 2022.

On one of the episodes of Bachelor in Paradise, Raven revealed to Chris Harrison, long-time host of the show that she had previously been in a “very abusive relationship” that ended in the assault.

While discussing a sex scandal, she courageously spoke about her experience.

Raven Gates has a beautiful hour-shaped body. She is 5 feet 6 inches tall and weighs around 53kg. Her chest, waist, and hips measurement is 36-25-36 respectively.

You may also know about Astrid Loch, Kaitlynn Carter, and Nicole Lopez-Alvar.