She was in a relationship with Orlando Brown in 2016 but they broke up.

She then dated AzMarie Livingston but split in 2016.

Similarly, she and Jonathan ‘Lil J’ McDaniel were romantically linked to each other from October 2003 to November 2007. They met on the set of “That’s So Raven” for the first time. They had dated ON-screen as well.

Then, she dated a Brazilian actor, Jussie Smollett in December 2007 but the relationship didn’t go well and they broke up in July 2011. Moreover, she started dating American model, AzMarie Livingston in December 2011. Since that time, the duo is living together. She is a lesbian. 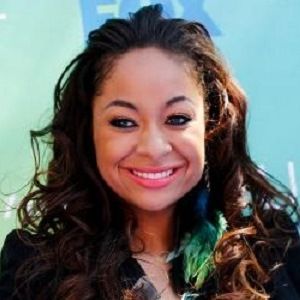 I find it funny that people now come up to me and say, 'Wow, you are absolutely gorgeous. I'm like, 'I was beautiful before I lost weight. Egotistically speaking, I thought I was amazing

Everybody takes breaks, and I decided to take mine. I wanted a chance to wake up at two in the afternoon and not be a subject of entertainment. I wanted to be a human being. At certain times and certain years, I felt like the Energizer bunny. That gets old very quickly.

Who is Raven Symone?

Raven Symone is an American model, singer, songwriter, singer, television personality, dancer, rapper and producer. Likewise, she is known as the star of both Disney’s That’s So Raven and Broadway’s 2013 adaptation of Sister Act.

Raven Symone was born in Atlanta, Georgia, the United States on December 10, 1985, to parents Christopher B. Pearman and Lydia Gaulden. She has a sibling namely, Blaize Pearman. Whereas, she belongs to American nationality and mix (African- American) ethnicity. Her birth sign is Sagittarius. Talking about her education, firstly, she attended North Springs High School. Then, she attended the Academy of Art University.

On talking about her profession, during 1993, she was cast in the show ‘Hangin’ with Mr. Cooper’ and she also remained in the popular show till 1997.

Similarly, in 1998, she was also cast in her first big-budget Hollywood film ‘Dr. Dolittle’ alongside Eddie Murphy in the role of Charisse Doolittle; the film was a success.

In 1999, she also released her album ‘Undeniable’. Moreover, the biggest break of her career came in 2003, when she was cast as Raven Baxter in the Disney show ‘That’s So Raven’.

Similarly, she also appeared in the Disney movie ‘The Cheetah Girls’ in the same year, and the following year she also released her music album ‘This is My Life’.

During 2008, she also released her music album ‘Raven-Symone’ and in the same year, she starred in the film ‘College Road Trip’ in which she played the lead role.

There was a rumor that, Raven Symone was in a relationship with Jussie Smollett and that she was even pregnant with Smollett as the father. Additionally, the news also had it that Raven had birthed their child, a daughter named Lilliana Pearman.

There is no information about her salary. Her net worth is around $55 million as of 2022.

On talking about her body measurements, Raven has a height of 5 feet 2 inches. Additionally, she weighs is 58Kg. In addition, she has a measurement of 38-28-37 inches respectively. Raven’s hair color is black and her eye color is dark brown. Furthermore, her shoe size is 8.5 (US) and her dres’ size is 8 (US).

Miranda Pearman-Maday is ready to have children with wife Raven Symone!