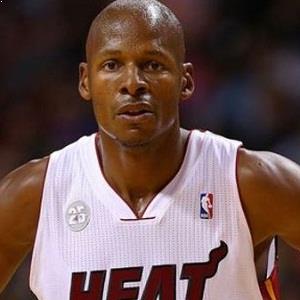 A successful man is built of 1,000 failures.

I know you want me to let you in on some big secret to success in the NBA. The secret is there is no secret. It's just boring old habits.

Talking about a present relationship status of Ray Allen, he is married to Shannon Walker Williams. They first met in college and started to be in a relationship. The couple got into a married relationship on 16 August 2008.

They have been blessed with five children, Walker, Wynstan, Walter, Wyann, and Tierra. He is currently living a happy married life having no rumor on their separation. Being a celebrity, his personal stuff is always a matter of discussion and interest to the public.

Who is Ray Allen?

Tall and handsome Ray Allen is a well-known retired American basketball player who has been playing basketball since his high school. He is a ten-time NBA All-Star and has won two times NBA championship. He played as a shooting guard and retired in 2014.

Ray was born at Castle Air Force Base near Merced, California on 20 July 1975. He is of African-American ethnicity and has American nationality.

He is the son of Walter Sr.(father) and Flora Allen(mother). He has a brother named John Allen. He has three sisters namely, Kim Allen, Talish Allen, and Kristie Raye.

For his schooling, he joined Hillcrest High School in Dalzell, South Carolina. He led his school team to a basketball state championship.

He attended the University of Connecticut after being recruited by assistant coach Karl Hobbs. At the University he was named USA Basketball’s Male Athlete of the year in 1995.

Reflecting on the career journey of Ray Allen, he started playing basketball professionally after being selected in the 1996 NBA draft by Milwaukee Bucks. He has been active in the sports field since 1996 and retired playing in 2014.

He started playing from Milwaukee Bucks in 1996 and after playing for several years he left the team in 2003. After Bucks, he joined Seattle SuperSonics in 2003 and also extended his contract with $80 million in SuperSonics.

While he was in SuperSonics, he had ankle surgery on both ankles. After onwards, he was traded to Boston Celtics on 28 June 2007, where he played with LeBron James as a team met.

Besides his NBA career, he is also an actor who has appeared in Spike Lee’s film ‘He Got Game’. He is also a spokesperson for the Thurgood Marshall College Fund. He is also a member of the Air Jordan brand.

He has a net worth is estimated to be $100 Million and his salary is around $10 Million.

Talking about his rumors and controversy, he is rumored to be playing again in NBA.

Moving towards his body measurements, Ray Allen has a good height of 6 feet 5 inches (1.96m) and weighs 93 kg. He has black hair color and his eye color is also black.