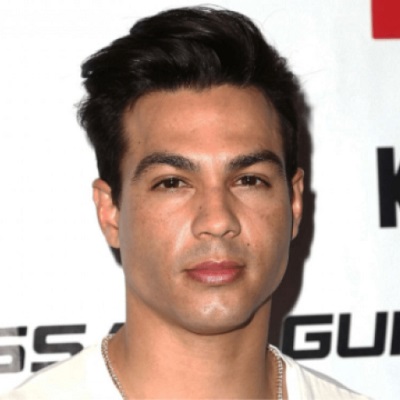 What is the relationship of Ray Diaz?

The pair began dating in 2018 and recently on July 10, she stated that she was physically and emotionally abused by him and for that, he got arrested on July 11, 2019.

Before that relationship, he dated Landi Hicks from 2016 until 2018 and he was also arrested for domestic violence against his girlfriend in June 2018. Currently, he is living in Los Angels.

Who is Ray Diaz?

Ray Diaz is a famous American model and actor who started his career modeling for a National Macy’s commercial.

Also, he is recognized for his performance as Nicholas Reyes in the series, ‘East Los High,’ which is a reality and drama TV series aired on the Hulu channel.

Who are the parents of Ray Diaz?

He was born on 13th August 1988 in Key West, Florida. He has a sister Lusana who is older than him. Ray was born to his father Raimundo Diaz and his mother Caridad Alfonso.

He was interested in modeling since his childhood and his parents also supported him. Diaz grew up in Florida and later moved to New York City to pursue his career as a model.

Diaz holds American citizenship but his ethnicity is Cuban.

He acted in school drama and later learned acting from the William Esper Studio in New York City.

He began his career as an actor in 2012 portraying the role of Trevor in ‘Stone Makers’. After that, he portrayed the role of Rellez in the film ‘In Da Cut’ by the following year.

Recently, he is represented by the Wilhelmina Modeling Agency of New York and his first commercial was for Macy’s. Moreover, he is the main brand ambassador for Ford, Lexus, and Subway.

Angelica Salek uploaded a disturbing clip on her Instagram account on July 5, 2019, in which she featured a man alleged to be Diaz. He was screaming and threatening Salek with Violence and hitting her.

But, after releasing from jail, he denied the abuse allegation and relationship with his ex-girlfriend, Angelica.

How much is the net worth of Ray Diaz?

He has an estimated net worth of around $500k and he has earned that sum of money from his professional career.

Also, he earns some money from endorsement deals with Lexus, Subway, and Ford.

Also, he has brown eyes and black hair. In addition, his shoe size is 10(US), and has tattoos on his body.