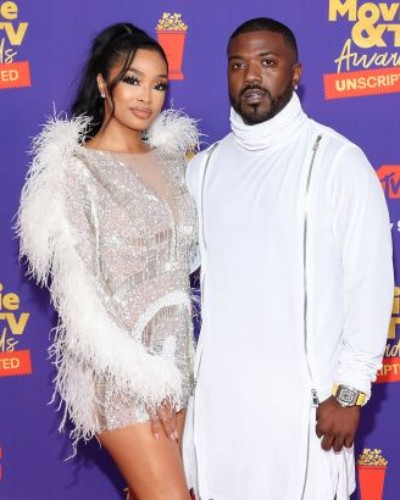 Ray J is divorcing Princess Love again! He filed for divorce from Love in Los Angeles Superior Court on 6th October 2021. Ray who has been battling pneumonia in the hospital filed for divorce third time. They have been married to each other since 2016. The first divorce was filed in May 2020 months after they got into a massive fight in Las Vegas.

Likewise, it is known that they have been living separately since February 2020 but they reconciled that summer during the Covid-19 pandemic. Also, he filed for divorce again in September 2020 citing irreconcilable differences and asked the judge to uphold their pre-nuptial agreement. Likewise, he asked the judge to grant him joint custody of his children, three-year-old Melody, and one-year-old Epik.

When they had a fling in September filing they moved their family to Florida. At present, Ray J has been battling pneumonia in a Miami hospital placed in the Covid wing became it was assumed he had the virus. His pneumonia was getting worse and at one point, he thought he was going to die. His filing for a divorce despite his worse health might be a sign, Ray and Princess are done with each other for good.

Also read Is Princess Love divorced from husband Ray J or they got back together again?

Also, he is a television personality, songwriter, and businessman. Read more bio…